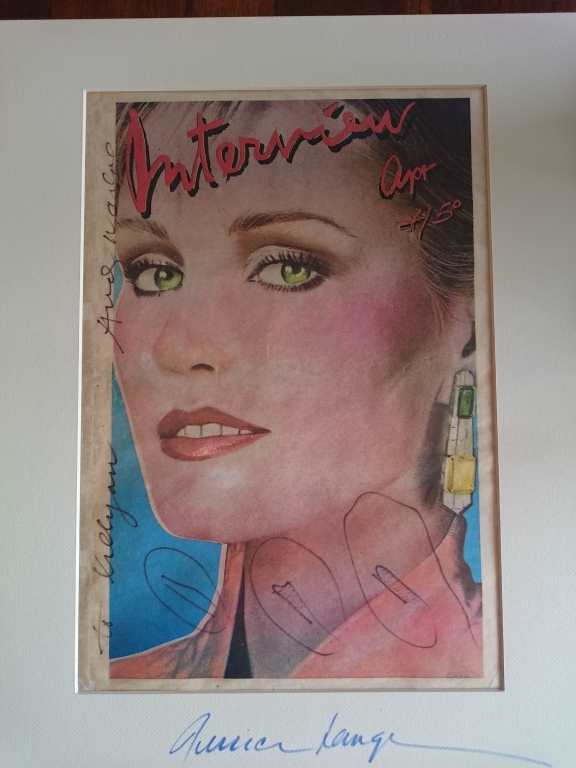 This is the front cover of volume IX, number 4 (April, 1979) of INTERVIEW, Andy Warhol's fabled tabloid. On this cover is a brightly-colored portrait of a young and attractive Jessica Lange, executed in purest "Interview" style. Warhol has added a fanciful necklace in felt-tip pen. Inscribed "To Lillyan" (sic) and FULLY SIGNED (again, in felt-tipped pen) BY ANDY WARHOL. SIGNED (On April 23, 2015, in my presence) BY JESSICA LANGE on the mount, also in felt-tipped pen.

Provenance: "Lillyan" was Lilyan Cole, the second wife of Sylvan Cole (our founder, and dean of American print dealers and a well-known fixture of the New York arts scene from the 1940s until his death in 2005.)

Original drawing over a mass-reproduced color image is perhaps the perfect embodiment of Warhol's art. UNIQUE.

Other listings from Sylvan Cole Gallery