After The Party 183 by Andy Warhol, Signed 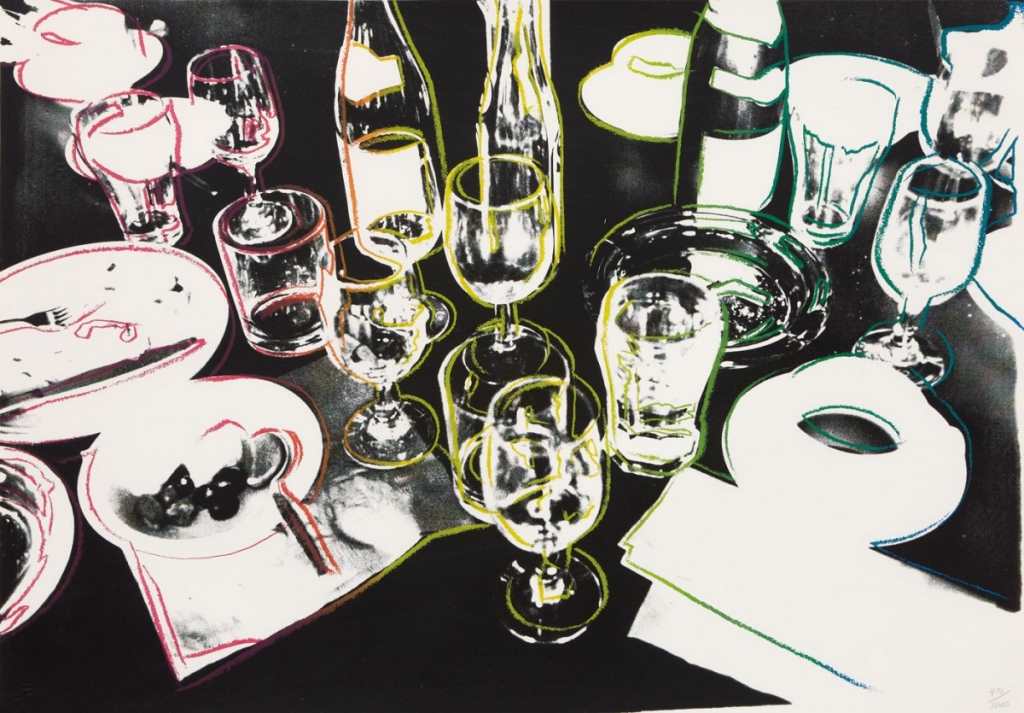 Andy Warhol created After the Party in 1979. An example of Warhol’s still life artwork, this print depicts the aftermath of a dinner party. Warhol highlights the scattered array of drinking glasses, wine bottles, and other dishware with rainbow outlines, accentuating the objects and the inherent frenzy of the lifestyle Warhol depicted. Andy was known for abundant partying, and After the Party illustrates the chaos inherent to that lifestyle. Based on a black and white photograph, Warhol uses the colorful to gradient to animate the still life. This rainbow roll drawing line varies from print to print. After the Party is exemplary of Warhol’s unique pop art style, and comes framed to museum standards.