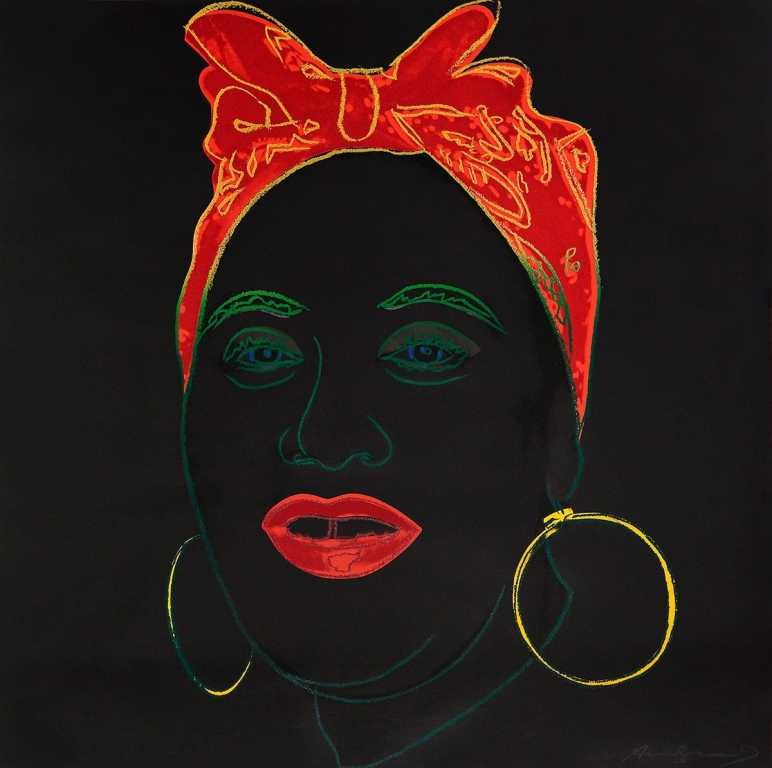 Andy Warhol created Mammy 262 for his Myths portfolio in 1981. Myths consists of ten screenprints, each featuring a recognizable character from American popular culture from the 1950’s television or Old Hollywood films. Mammy is an archetypal character that is present in many different forms and can be seen in movies like Gone With the Wind (1939) and comic strips and cartoons like Tom and Jerry (1940). The Mammy figure is portrayed mostly as a positive maternal figure, as seen in this screenprint by Andy Warhol. By including Mammy alongside beloved characters such as Mickey Mouse, Howdy Doody, and Santa Claus Andy Warhol depicts an intricate and developed narrative of American Pop culture in his Myths portfolio.
, and Uncle Sam.