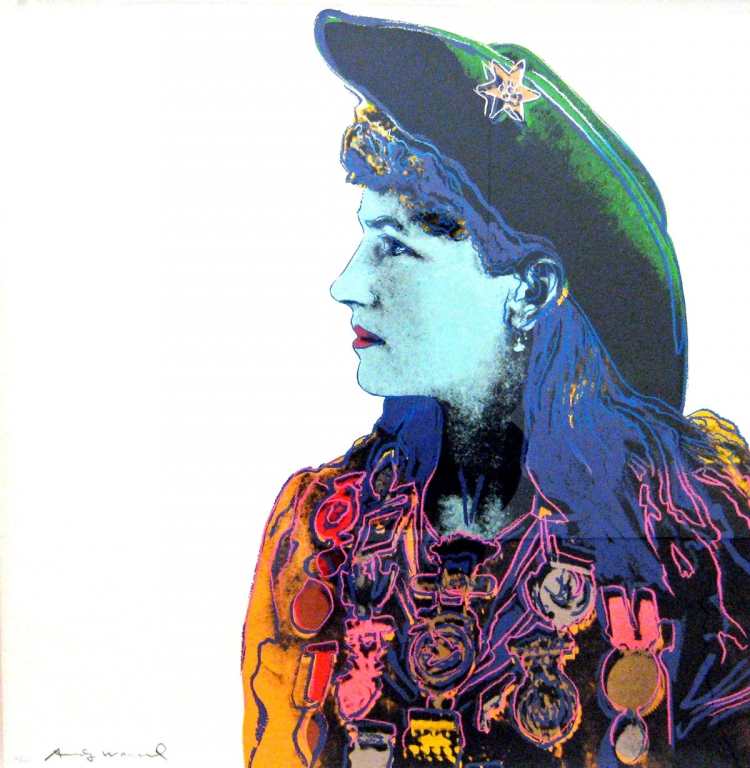 Andy Warhol created Annie Oakley 378 in 1986 for his Cowboys and Indians portfolio. Warhol was fascinated by celebrity myths and the ways in which stories are represented by the media. This allure led Warhol to create his Cowboys and Indians portfolio as a commentary about the myth of the American West. He used recognizable images like this one of Annie Oakley that is representative of the popular yet ahistorical version of American West. Warhol removed native imagery from its original context and interspersed it with images of romanticized American heroes. This multi-color portrait of Annie Oakley, an American sharpshooter who starred in Buffalo Bill’s Wild West Show, is an example of Warhol’s fascination with the way media and popular culture interpret the past and mythologized the history of the “Wild West”. In his trademark pop art style, Warhol uses bold, vibrant hues to emphasize Annie Oakley as a legendary pop culture icon, rather than an historical figure.