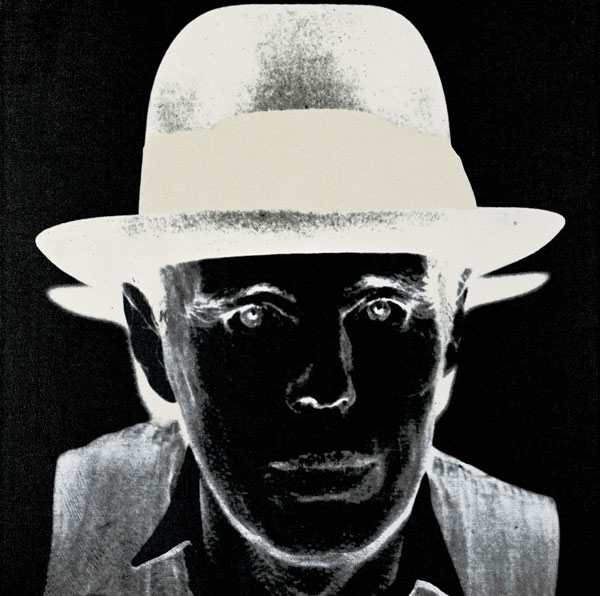 Joseph Beuys FS II.245 was created in 1986 as Warhol’s tribute to the great Joseph Joseph Beuys was considered one of the most powerful and influential post-war art figures of the 1960’s. Amongst being a sculptor, graphic and installation artist, Beuys was also a art theorist and performing artist. His art was celebrated for its revolutionarily modern themes. One of his installation pieces was a piano that did not make sound, covered in red felt with a cross on its side. It was a visual piece that represented silence as a danger to society. This piece is an example of how his artwork initiated discussion about societal issues and made people think.

While they were never said to be close friends, Warhol and Beuys admired each other greatly as artists. He spoke often of the healing capabilities of art and the wonders of human creativity. Their artistic styles varied greatly, but they are often associated together because they both create works focused on popular images in the media.