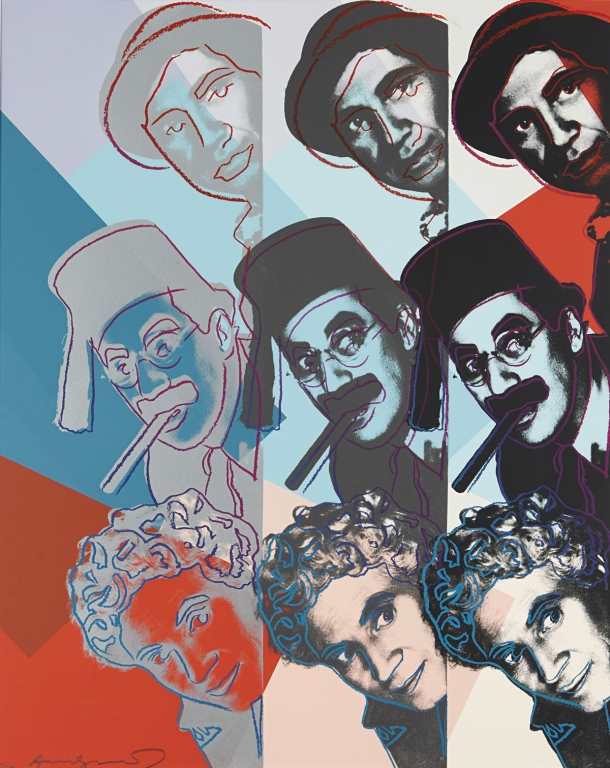 Andy Warhol created Marx Brothers 232 in 1980 for his portfolio Ten Portraits of Jews of the Twentieth Century. Warhol became fascinated with a group of Jewish luminaries figures after a publisher in Tel Aviv asked him to create a series featuring influential Jewish figures. He fondly deemed them his “Jewish geniuses.” Andy chose to include the Marx Brothers, who were famous for their comedy acts, vaudeville, movies, and Broadway appearances. Warhol based the image on a still from the film A Night in Casablanca and gave it a pop art twist. The image of Chico, Groucho, and Harpo Marx peeking out from behind a wall is repeated three times in increasing detail on top color blocks in shades of blue, orange, and grey. Red, orange, and blue crayon-like outlines accent the Marx brother’s faces. Marx Brothers 232 is an excellent demonstration of Andy Warhol’s obsession with fame and unique pop art style.