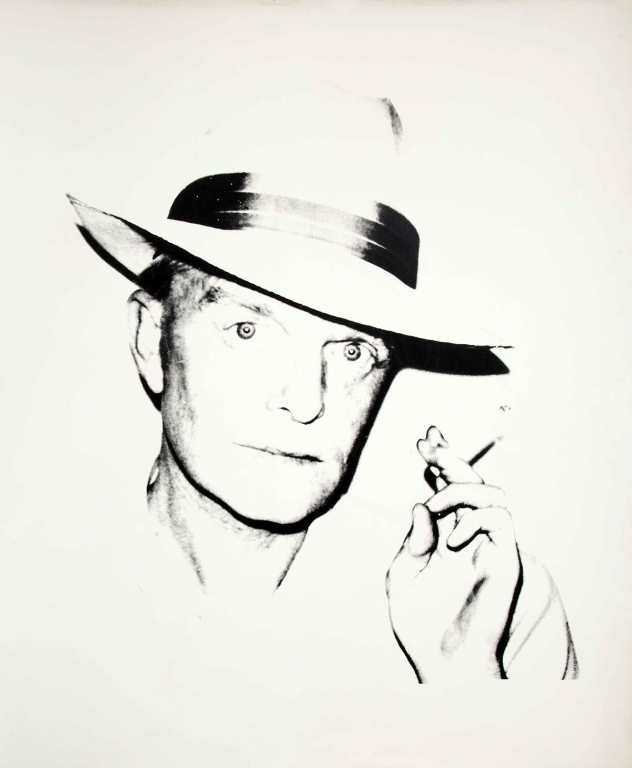 Andy Warhol created this monochromatic portrait of Truman Capote in 1979. Warhol had a longstanding love for the works of Truman Capote (1924-1984). When Warhol first moved to New York, he made numerous attempts to meet Capote. He was so influenced by the writer that his first solo exhibition in New York was called Fifteen Drawings Based on the Writings of Truman Capote. In 1969, Warhol founded a magazine called Interview, which featured a sixty-forty ratio of interview material to commercial print ads. He traded a screenprinted portrait of Capote in exchange for Capote’s contribution of a year’s worth of columns. Interview magazine is still in publication today and is referred to as "The Crystal Ball of Pop". Andy Warhol’s portrait of Truman Capote is emblematic of the pop artist’s obsession with celebrity that often inspired his work.