The Shadow 267 by Andy Warhol 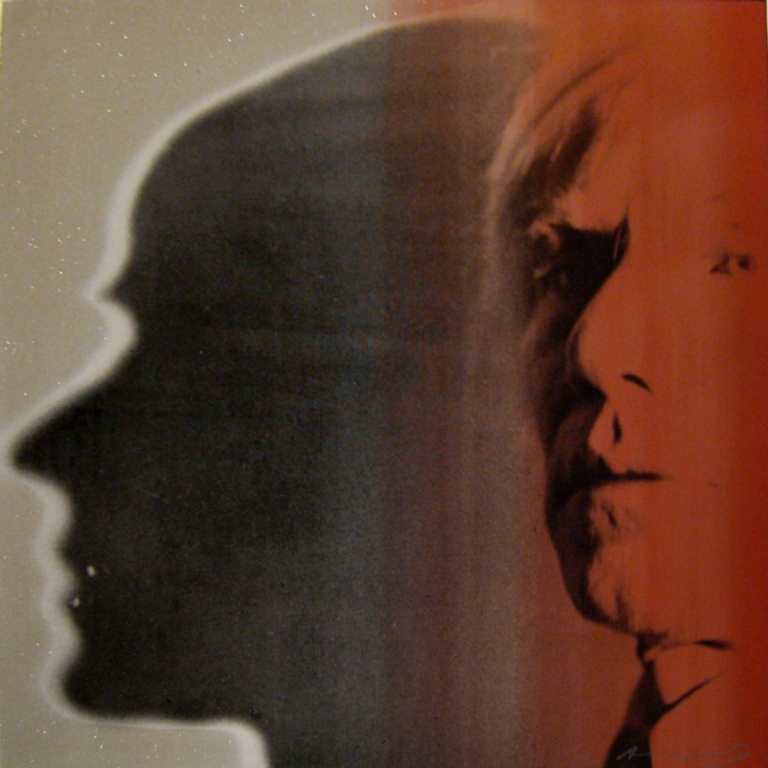 Andy Warhol created The Shadow 267 as part of his 1981 Myths series. Drawing from Pop Culture, Warhol portrayed a popular radio crime fighter from the 1930s. There is not an image associated with the radio character, Warhol lent his face and shadow to the figure. This print features a double portrait of him looking out at the viewer as well as in a darkened, shadowy profile. This print is more subdued than others in the portfolio because of the emphasis placed on the shadow of Warhol which is contrasted by a bright red block of color over Warhol’s face. The Shadow 267 is a part of a portfolio of 10 screenprints in the Myths series that exemplify Warhol’s unmistaken use of powerful motifs of his time. Most of images in Warhol’s Myths series are taken from 1950s television or old Hollywood films that are easily recognizable to the viewer. They portray the universal view of America’s once captivating and commanding past. Other pop culture figures included in the series are characters loved by children such as Mickey Mouse, Howdy Doody, and Santa Claus, as well as fictional figures like Dracula, The Wicked Witch of the West, and Uncle Sam.