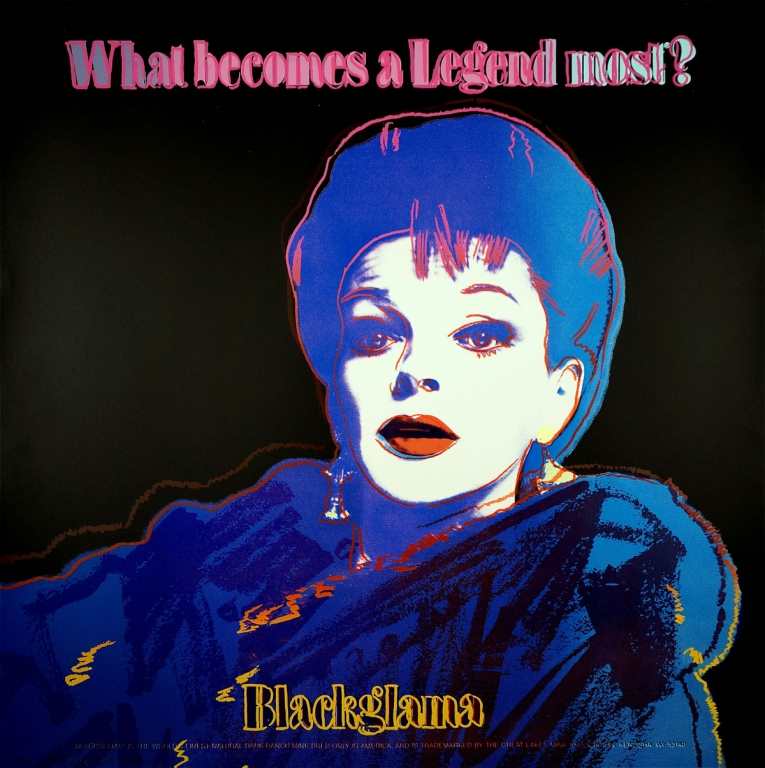 Andy Warhol created Blackglama 351 for his Ads portfolio in 1985. The Ads portfolio features popular advertising campaigns and logos found in contemporary American culture. Warhol was inspired by Judy Garland’s advertising campaign for Blackglama Fur company that features their slogan, “What becomes a Legend most?” The Blackglama Fur company used well know legends of style and pop in their advertisements to entice the American people to purchase their fur. Some stars featured are Diana Ross, Bridget Bardot, Lauren Bacall, Julie Andrews, Ray Charles and Marlene Dietrich. Judy Garland is most recognized from her role in the 1939 film, The Wizard of Oz, but she also starred in major movies, such as Meet Me in St. Louis (1945). Warhol was drawn to these advertisements because they were not merely to sell products but to showcase American pop culture. Also included in the Ads portfolio was the advertisements for Paramount, Apple, and Mobilgas. This portfolio is a favorite among collectors because of the relatable subject matter that has shaped our popular culture for many years and features many household names, such as Ronald Reagan for Van Heusen apparel.