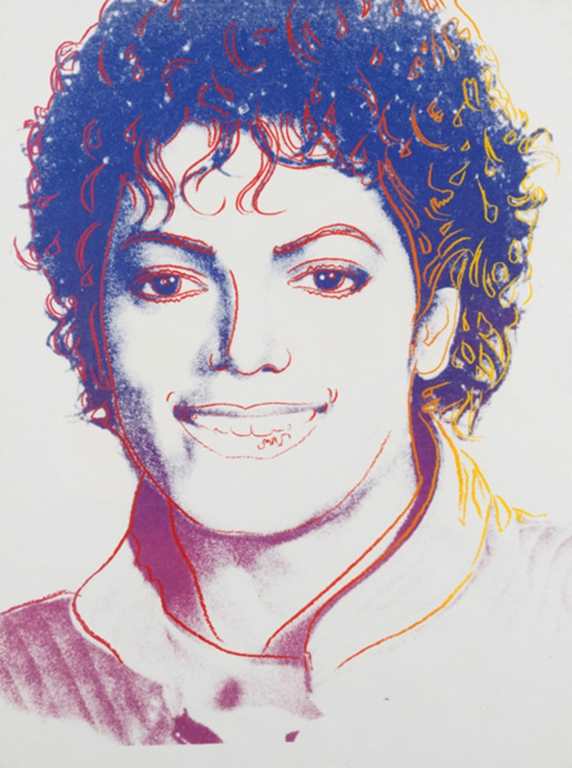 If ever two people were meant to cross each other’s paths, it would be Andy Warhol and Michael Jackson. Warhol’s life was an indulgence to fame, and he treated it from an insider’s point of view, making him not just a portrait painter of the famous, but also a philosopher of fame’s efficacy. Jackson, on the other hand, was a kid who was famous from an early age and, as many observed, a man who spent years trying to avoid the fame he was handed. Jackson lived his last years behind walls, often appearing in public covered from head to toe and wearing a mask.

Warhol mentions Jackson more than two dozen times in his diary, most often discussing their chance meetings. However, on two moments in 1984, Warhol actually talks about the portrait of Michael Jackson that now hangs in the National Portrait Gallery. The portrait originated when Warhol was commissioned to create the cover for the March 19, 1984, edition of Time.

March 7, 1984: I finished the Michael Jackson cover. I didn’t like it but the office kids did. Then the Time people came down to see it, about forty of them. And they stood around saying that it should increase newsstand sales. . . . Then later the Time guy called me . . . and said they were going to use it. I think the yellow one. And I told him to cross his fingers that it wouldn’t get bumped on Saturday and he said he would.

March 12, 1984: Time came out and the Jackson cover made it, it didn’t get bumped. And the article inside was crazy. It had them asking if he was going to get a sex-change operation and he said no. The cover should have had more blue. I gave them some in the style of the Fonda cover I did for Time once, but they wanted this style.

The National Portrait Gallery developed a relationship with Time beginning in the mid-1970s, culminating in an ongoing series of gifts that includes the Warhol portrait of Michael Jackson. NPG’s collection of Time covers is an integral component of the museum’s twentieth-century works. It is also the subject of this month’s Face-to-Face gallery talks, the next of which occurs on Thursday, October 21, featuring NPG Associate Director of Exhibitions and Collections Management Claire Kelly, who will be discussing Oveta Culp Hobby, the first secretary of the Department of Health, Education and Welfare.