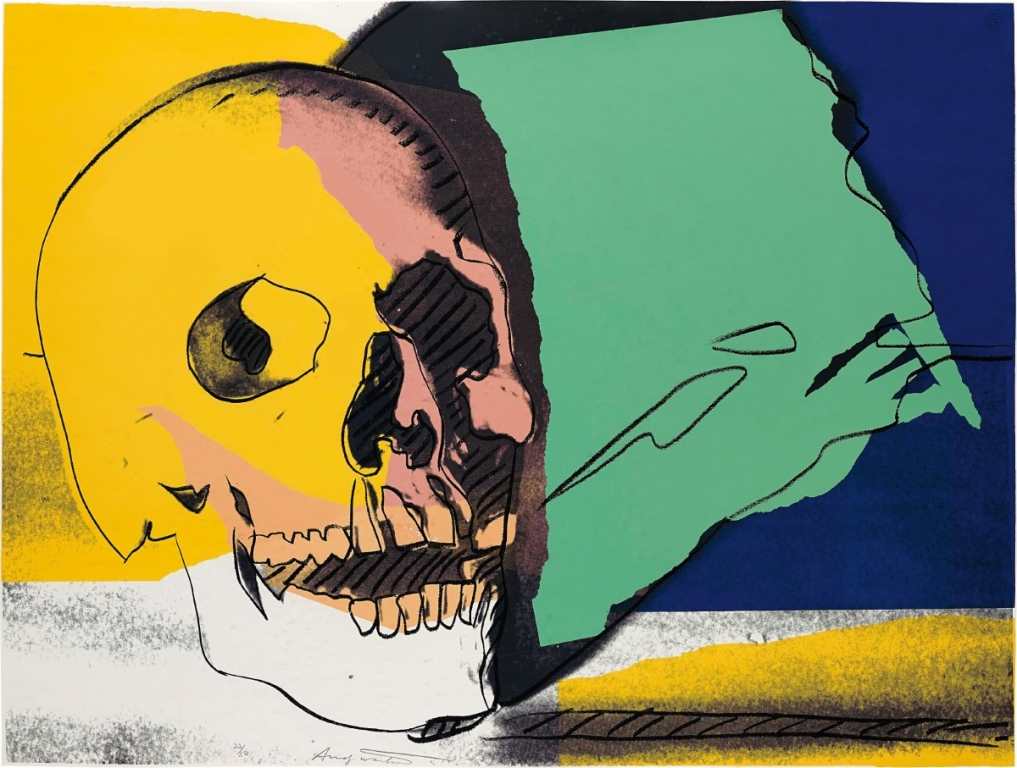 Andy Warhol created Skull 158 in 1976 for a portfolio of four screenprints. The image is based on a photograph taken by Warhol’s assistant of a human skull resting on a flat surface. True to Andy’s signature pop art style, the print features vivid yellow, green, and blue color blocks with a bold black outline creating the shape and details of the skull. After Warhol was shot in 1968, he became obsessed with death and human mortality. Skull 158 is representative of the shift toward themes of death and disaster in Andy Warhol’s artwork.