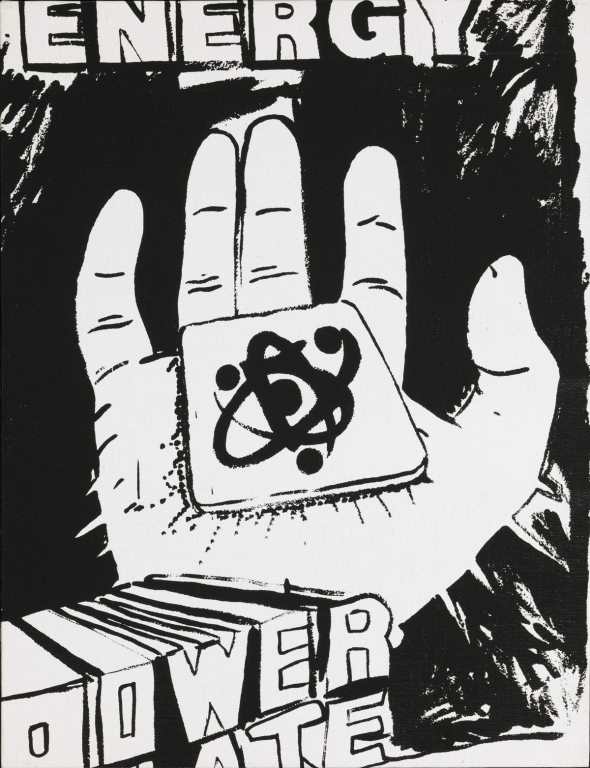 Andy Warhol created Energy Power for his Ads and Illustrations series. Energy Power is a bold and powerful painting that evokes feelings of unease founded in the Cold War era. All the works belonging to the series were created between 1985 and 1986 during the time of the Cold War, which contextually becomes quite apparent in Warhol’s image choices. The series features other images such as Russian missile bases, maps of Iran and Afghanistan displayed next to common consumer items like sneakers, hamburgers and motorbikes. This black and white painting portrays a hand cradling a symbol of nuclear power, which was a looming anxiety shared by Americans at that time. The quick, gestural lines along with the stark black and white contrast further contribute to the piece’s impact. For the portfolio Warhol appropriated old advertisements from magazines and fliers, and tracing over them with a crude yet elegant hand-drawn line. This painting is featured in one of Andy Warhol’s most thought provoking portfolios.