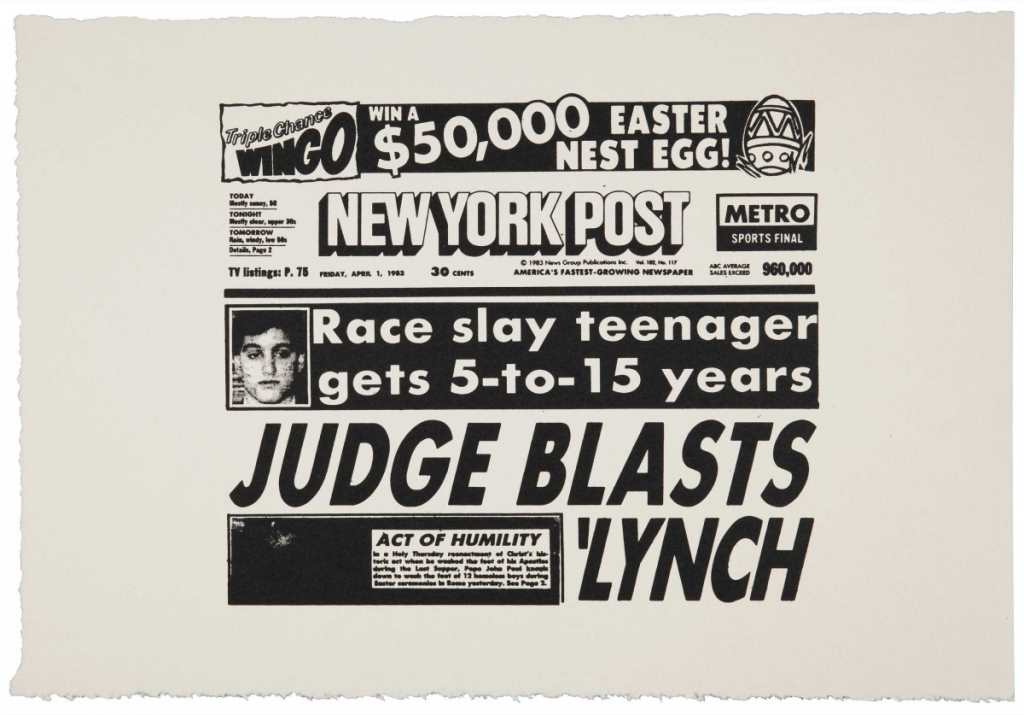 This print is a revised version of the front page of the New York Post newspaper, dated April 1, 1963. While the headline alludes to an event that occurred, in this case the jurisdiction of a race-related crime, Warhol decidedly chose to leave out specifics, only highlighting the major talking points. The focus of this piece is not on the individual topic itself, but on the repetitive and compelling nature of American tabloids.

Much of Andy Warhol’s fascination with money, celebrities and mundane grocery store items is that they are all ubiquitous. Every American has held a dollar bill or has encountered an image of Marilyn Monroe at some point in his or her life. The news is one of the most attention-grabbing forms of media that pervades American society. Because of this, Warhol created pieces, like the New York Post (Judge Blasts Lynch) print, that mirrored the repetitive, attention-commanding nature of American media. Aspects that are very much alive and well in today’s culture.