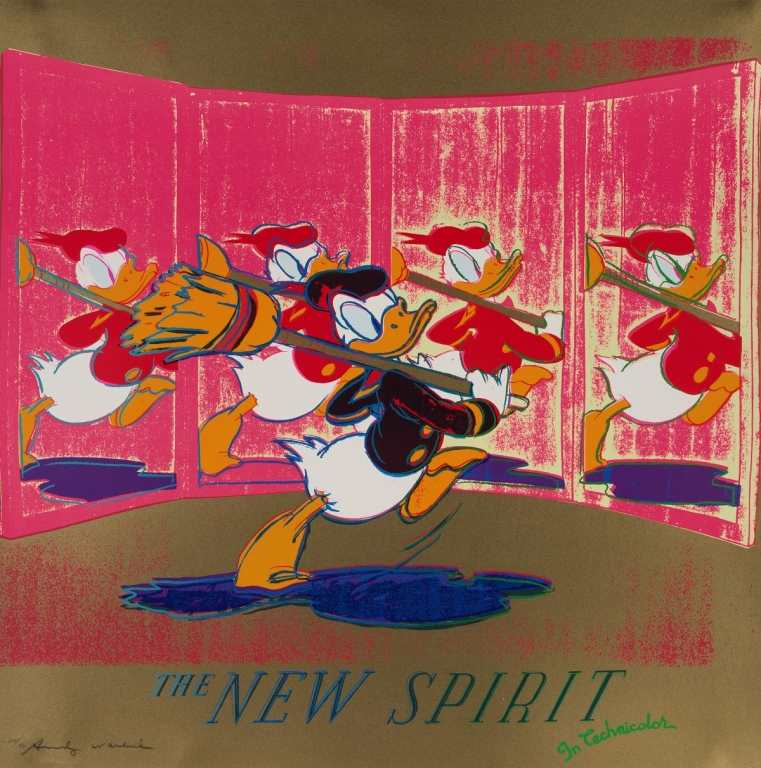 Andy Warhol created The New Spirit 1985 for his Ads portfolio that that comments on America’s obsession with commercialism and consumerism. The work is an image of Donald Duck from a Disney short from 1943. The Academy Award nominated film served as wartime propaganda to encourage people to pay their taxes and not complain about it. By creating this work, Andy Warhol comments on the impact that mass media has on society and how through the use of clever advertising, anyone – in this case the government – can manipulate people for their own gain. The New Spirit is a great example of how Andy Warhol utilized images from pop culture, such as Donald Duck, in his art both to please the eye and make a social commentary. This pink and gold screenprint featuring Donald Duck is from a portfolio of ten screenprints with a similar message. Andy Warhol’s The New Spirit also demonstrates his tactic of repeating an image in order to take away its power.