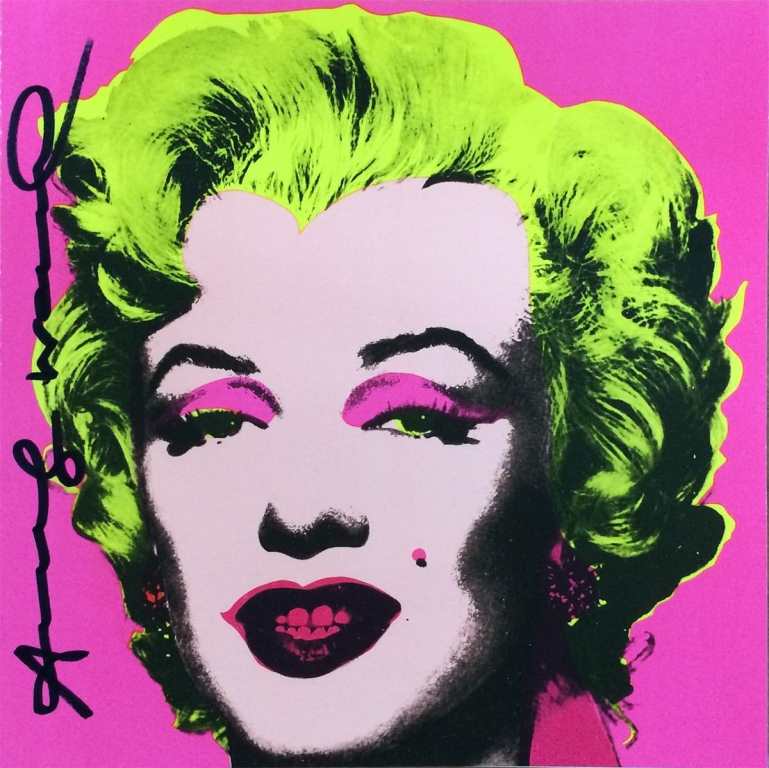 Marilyn Invitation (Castelli Graphics) is a miniature version of Andy Warhol’s Marilyn (FS II.30) and was created as an announcement for the exhibition Andy Warhol: A Print Retrospective 1963-1981 on display from November 21 to December 22, 1981 at Castelli Gallery in New York. Along with his pop art images of Brillo boxes and Campbell’s soup cans, Warhol created celebrity portraits of famous icons such as Marilyn Monroe and Jane Fonda. Originally printed in the early 1960s, Marilyn became the quintessential pop icon in the Pop Art Movement and for Andy Warhol.

After the success of the Campbell’s Soup Can series in the early 1960s, Andy Warhol began creating screenprints of celebrity portraits including Marilyn Monroe, Elvis Presley and Elizabeth Taylor. In addition, Warhol expanded into the realm of performance art with a traveling multimedia show between 1966 and 1967 called The Exploding Plastic Inevitable, which featured the rock band The Velvet Underground. Warhol also worked with his Superstar performers and various people to create hundreds of films between 1963 and 1968. These films were scripted and improvised ranging from conceptual experiments and simple narratives to short portraits and sexploitation features. His works include Empire (1964), The Chelsea Girls (1966), and The Screen Tests (1964-66).