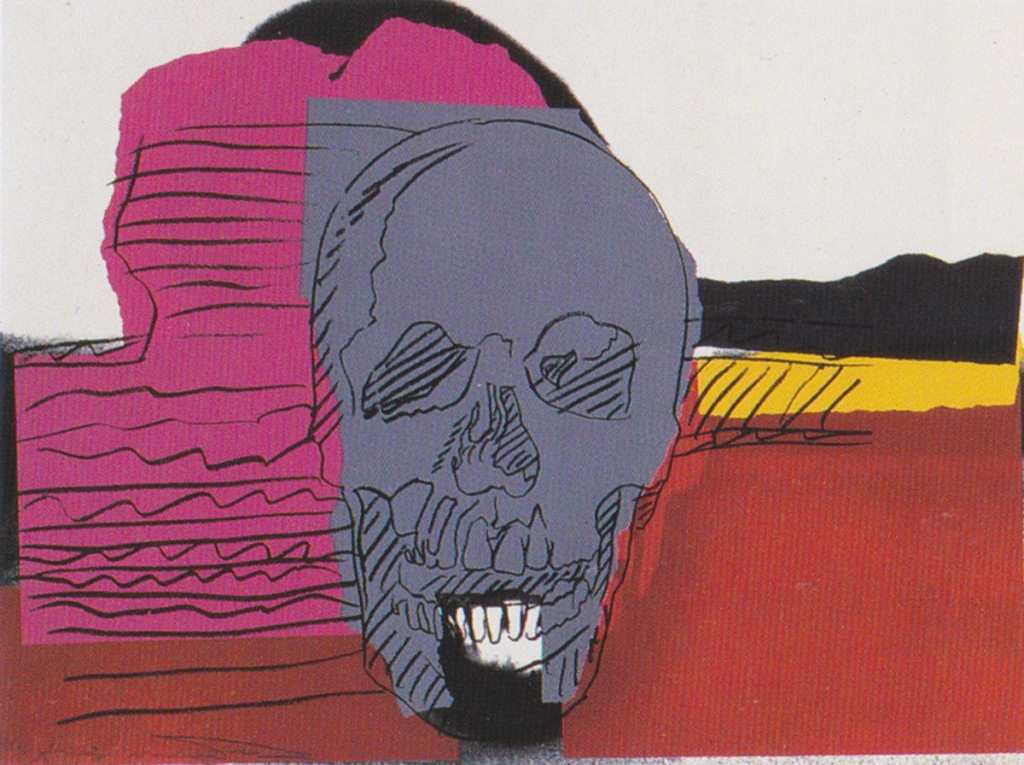 Andy Warhol created Skull 159 in 1976 for a portfolio of four screenprints. Warhol’s assistant photographed a human skull in different positions on a flat surface, exploring the its relationship to light and the shadows created by the object. Warhol then screenprinted the image and layered it with bright red, purple, and yellow blocks of color. He used bold black lines to create the shape and details of the skull and emphasize the shadow it created. After he was shot in 1968, the pop artist shifted toward themes of death disaster in his works. Skull 159 is representative of Andy Warhol’s obsession with death and how his confrontation with mortality influenced his art.