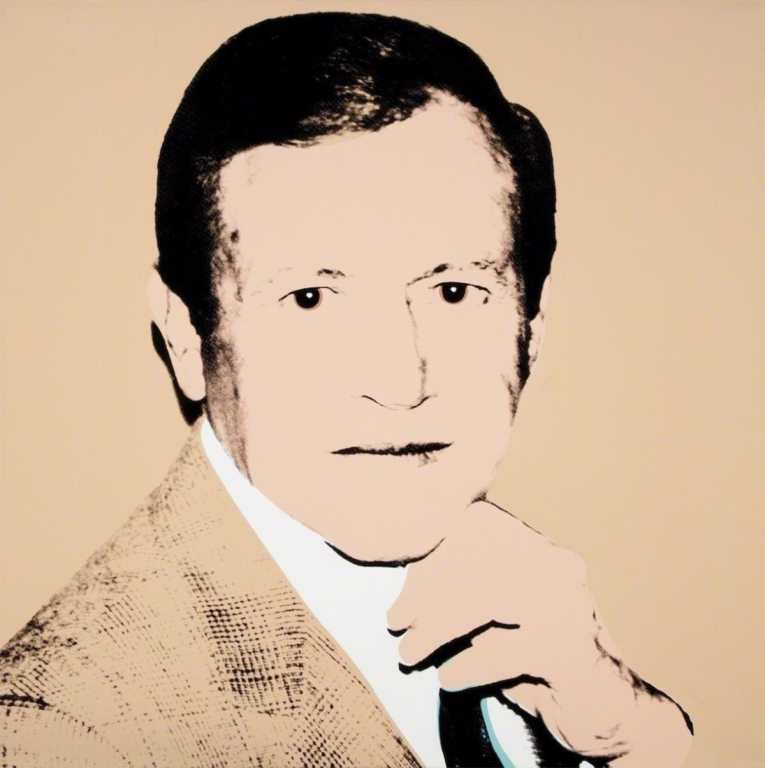 Famous hotelier, Jay Pritzker, founder of the Hyatt hotel chain and creator of the Pritzker Prize for Architecture, was created in Andy Warhol’s Socialites series. Mr. Pritzker was celebrated on the world’s financial news pages for his business acumen. He took a keen interest in what he called the personality of hotels: deluxe, super deluxe or simply luxury. He founded the Pritzker Architectural Prize to encourage not only a greater public awareness of buildings, but also to inspire greater creativity within the architectural profession.

At the forefront of his career in the pop art movement, Andy Warhol experienced a flood of commissions from an array of individuals hoping to be part of his collection. To have a portrait painted by Warhol carried incredible prestige and in many circles was considered the ultimate form of social validation. The subjects of the portraits in Andy’s Socialites series were members of the social elite who wished to be elevated to the status of his other subjects – iconic brands and superstars, but Warhol did more than just iconify his subjects; he immortalized them.