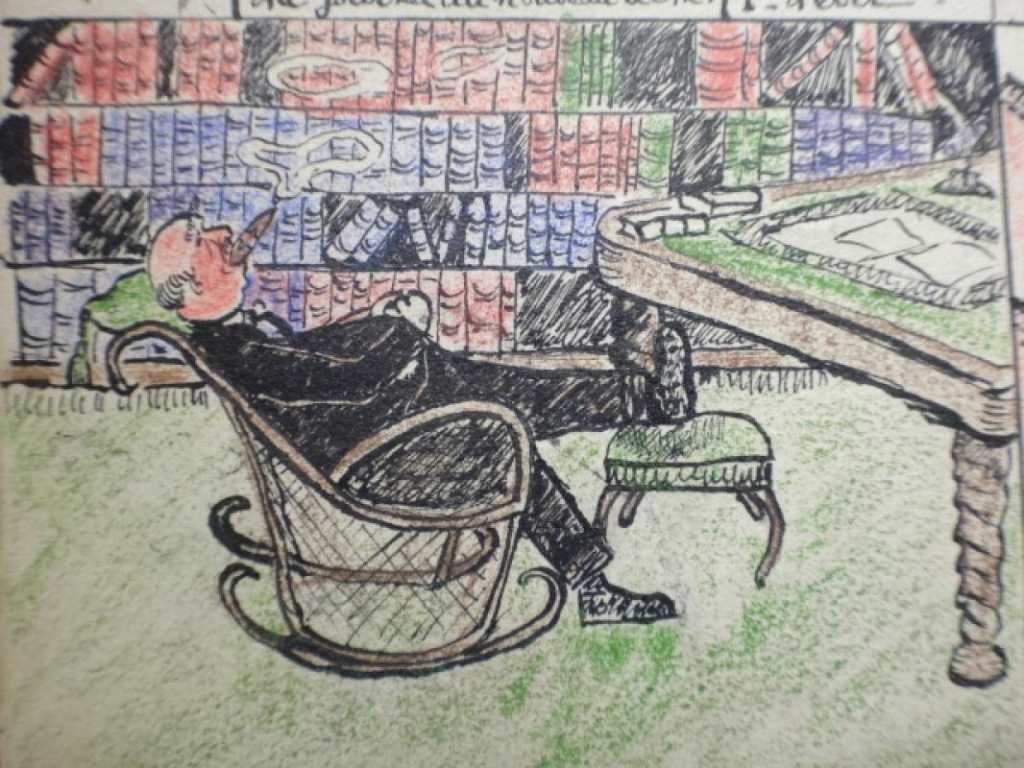 A UNIQUE SKETCHBOOK WITH ORIGINAL DRAWINGS (including several spectacular ones on color) BY SEVERAL OF THE MOST NOTED CARICATURISTS OF THE BELLE EPOQUE, including SEM, CARAN D'ACHE, and HENRI FOURNIER. 40 leaves, almost all of which with drawings on both sides. Many of the drawings are unsigned (some are by Lafosse himself), but among the signed ones are several by Sem, Caran d'Ache, and Rola, and one by Fournier. First leaf: "Au grand artiste Robert Lafosse. Ses admirateurs." On very good wove paper. Oblong 8vo (13 x 21 cm). Original plain cloth cover. A couple of leaves detached (but present), else very good. Unique and important.

Other listings from Sylvan Cole Gallery