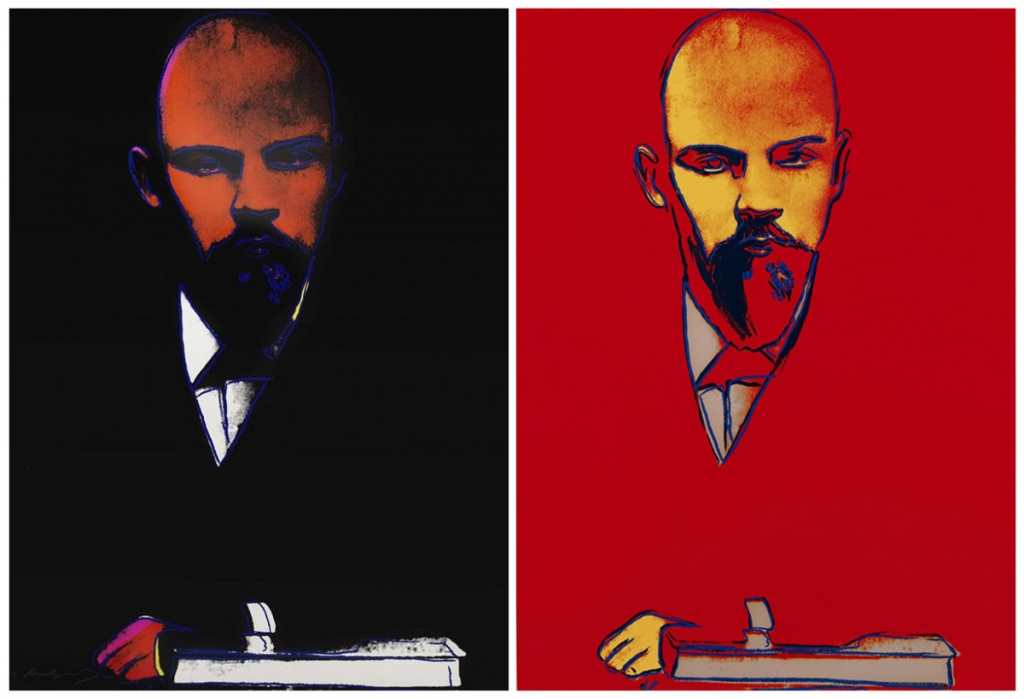 The silkscreen print of the father of Russia’s communist revolution is set against the deep crimson red, which is as symbolic to the revolution as the man who led it. Lenin (FS II.402 and FS II.403) is testimony to a man’s intelligence and power, which supersedes a physical existence. While Warhol was known for his self-admitted shallowness and obsession with glamour, this portrait illustrates the diversity of Warhol’s subject matter; that he was not simply confined to portraying beautiful celebrities or icons of wealth.