Letter to the World (The Kick) 389 by Andy Warhol 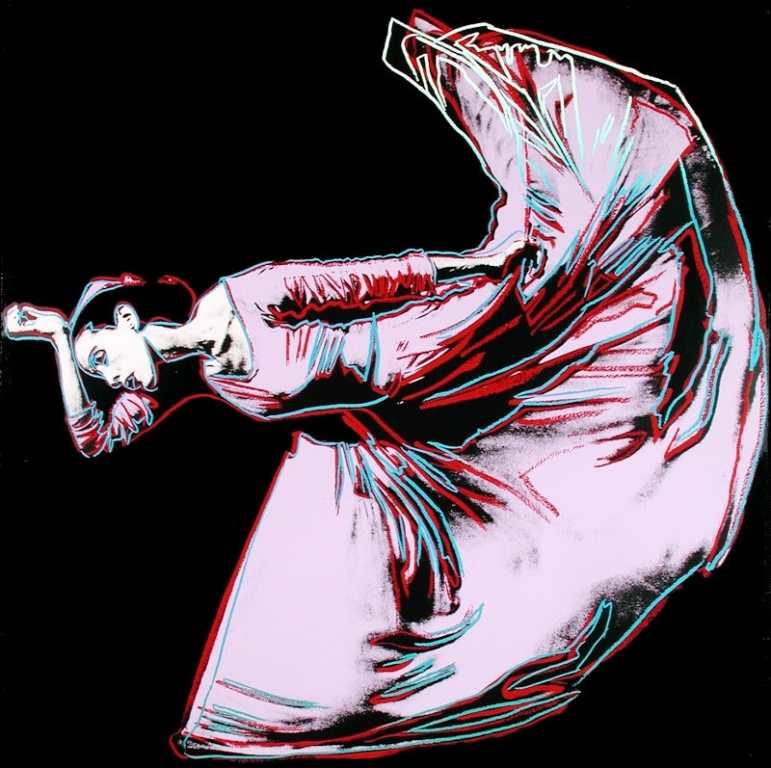 Title: Letter to the World (The Kick) 389
Medium: Screenprint on Lenox Museum Board
Year: 1986
Size: 36″ x 36″
Details: Edition of 100, signed and numbered in pencil on verso. Published by the Martha Graham Center of Contemporary Dance, Inc., New York. Portfolio of 3.

Andy Warhol created Letter to the World (The Kick) 389 as one of three screenprints in his Martha Graham series. This print depicts Martha Graham, the mother of modern dance, performing a fluid kick which was a part of her dramatic dance titled “Letter to the World.” Warhol appropriated this image from a photograph taken in 1940 by American photographer Barbara Morgan; it is one of the most widely published photograph of Martha Graham. In this series Warhol highlights the movement of Martha Graham by using eye catching colors set against a jet black background. In this print, Warhol employs pink hues to Graham’s dress endorsing her femininity and the graceful way she moves. His hand-drawn lines accentuate the unanchored movement of her body and dress and captures the fluidity of movement through a two dimensional medium. Andy Warhol created this portfolio to commemorate the 16th anniversary of the Martha Graham Center of Contemporary Dance in New York. Warhol captures the beauty of a different art form, dance, and replicates its splendor in a still two dimensional image. Many collectors are drawn to this print for the emotion that is conveyed through simple movements and facial expressions.