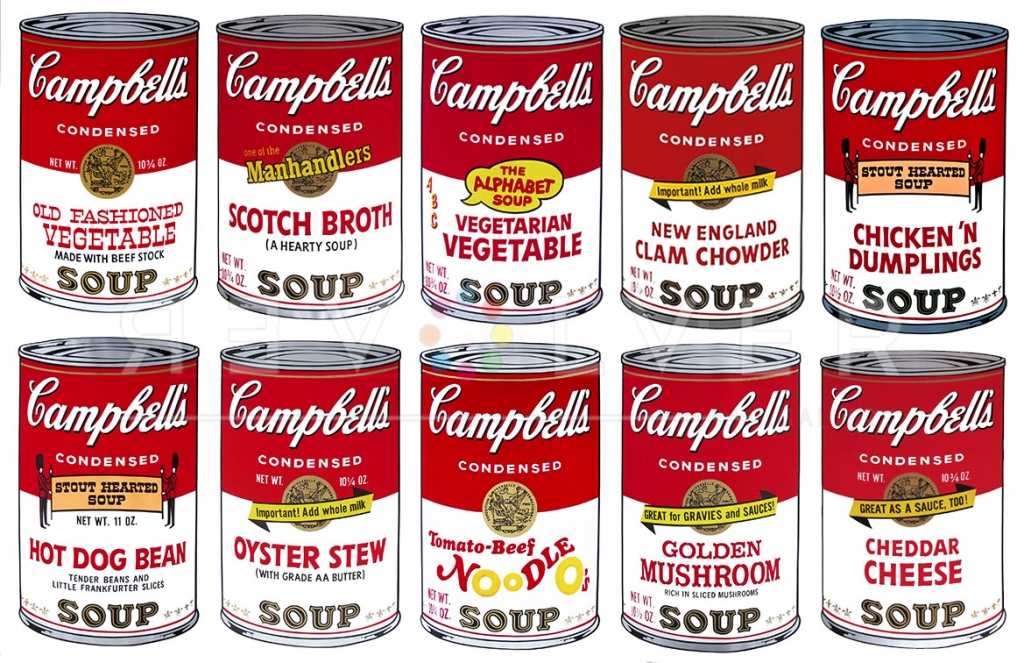 Title: Campbell’s Soup II, Full Suite
Medium: Screenprint on Paper.
Year: 1969
Size: 35″ x 23″
Details: Edition of 250. Signed and numbered in ball-point pen and numbered with a rubber stamp on verso. There are 26 AP signed and lettered A-Z in ball point pen on verso. Portfolio of 10.

The Campbell’s Soup II full suite was printed in 1969 by Salvatore Silkscreen Co., Inc., New York. Part of a portfolio of ten screenprints on paper, included in this suite are: FS II.54 to FS II.63.

Andy Warhol’s Campbell’s Soup cans ushered in the Pop Art movement, and remains some of his most recognizable portfolio. The idea of using an object of mass consumption was something that Warhol played with throughout his career, as he was known to be fascinated by everyday objects and their role in American society. In 1962, Andy Warhol first exhibited 32 Campbell’s Soup can paintings at the Ferus Gallery in Los Angeles. The paintings were displayed as though they were on an aisle of a grocery store. Following the exhibition, Warhol created two additional series based on the soup cans Campbell’s Soup I (1968) and Campbell’s Soup II (1969).