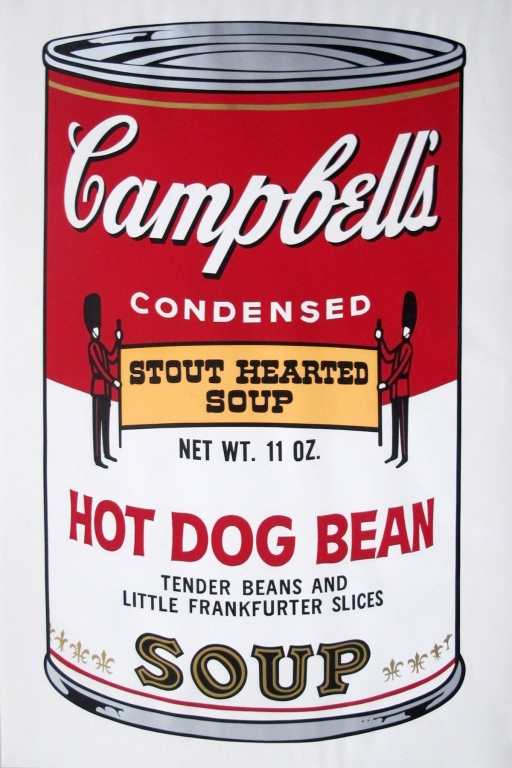 Warhol’s Hot Dog Bean 59 is a part of his Campbell’s Soup Cans II portfolio. Created in 1969 and seven years after his first Campbell’s Soup Cans series, Hot Dog Bean 59 is one of ten screenprints in the portfolio. The screenprints are characterized by the realistic depiction of a soup can, in this case “Hot Dog Bean 59” soup, and the likeness of the Campbell’s logo. The decision to create this series twice was based on the well-known soup notoriety. Warhol was interested in what made people and things famous and well-liked. This ties further into his propensity for consumerism and the beginning of his artistic career as an advertising illustrator. In creating his soup cans, Warhol was able to transform an everyday commodity into a valuable work of art. The genius behind this is that Warhol was able to make a can of soup, that would cost less than a dollar at the time, and add hundreds, thousands and millions of dollars to its value through the artistic process of one part aestheticism and another part ingenuity.