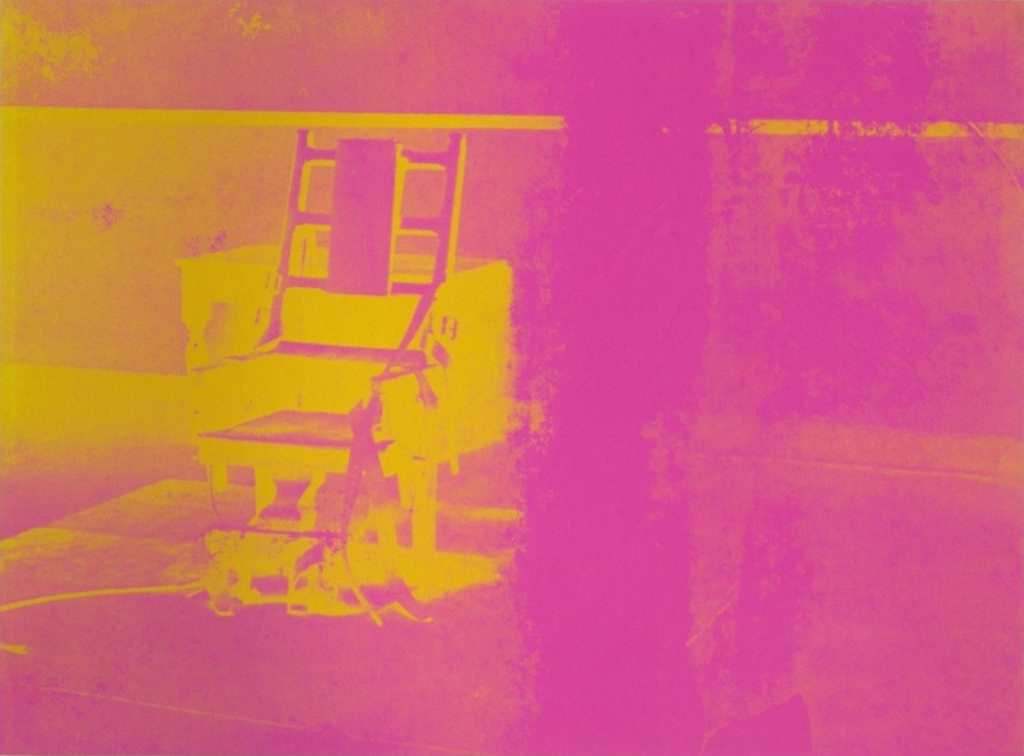 In 1971, Warhol released his Electric Chairs portfolio, which featured ten unique screenprints. This particular print is one of the ten, and it has a pink background while the chair is mostly yellow. The use of pop colors was a way to strip the image of its meaning. Warhol was also able to accomplish this through abstraction and repetition. The idea of repetition is something that can be found very often in Warhol’s work because he believed that the serial repetition of an object, took its power away from it, so that all that remained was the image itself.

Andy Warhol was famous for using images found in mass media to create is art. He also liked taking these images and using them to create statements about American society. Warhol continued with this concept with his Death and Disaster series, where he took images found from tragedies that he found in the media. Warhol felt that there was a constant reiteration of these images that society was able to numb themselves from tragedy because it occurred so frequently. Warhol began using the image of the electric chair in 1963, which was the same year that New York State held their final two executions at Sing Sing penitentiary. There was a lot of controversy surrounding the death penalty in the ’60s, and Warhol wanted to comment on that as well.