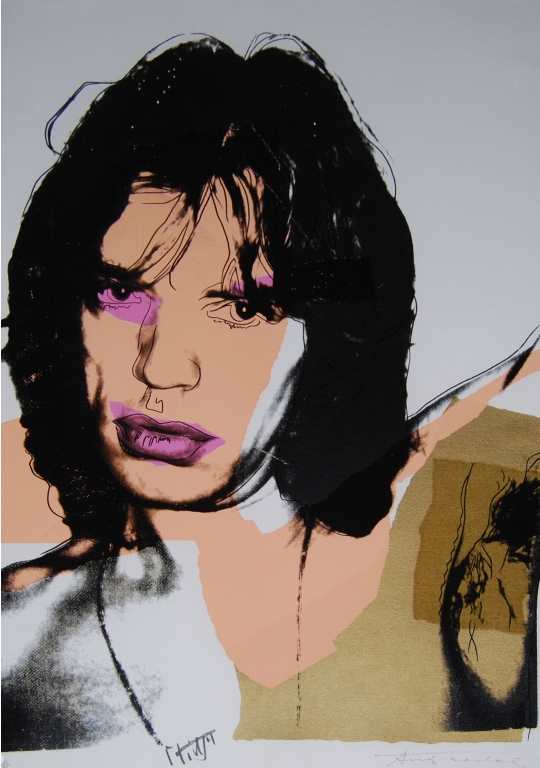 Andy Warhol created Mick Jagger 141 in 1975 during the height of his career. Warhol spent a lot of time with Jagger and his family and became very close to them. He grew particularly close to Jagger’s daughter Jade, whom Warhol taught how to paint. Andy is well known for his celebrity portraiture, and this series of Mick Jagger is yet another example what the pop artist was so famous for. The images are based on Polaroid shots Warhol took of Jagger in his studio. He then employed his signature color blocking technique, placing various orange, pink, and green strips in the print in a collage-like fashion. The print is signed by both Andy Warhol and Mick Jagger himself.