Campbell’s Soup I: Cream of Mushroom 53 by Andy Warhol 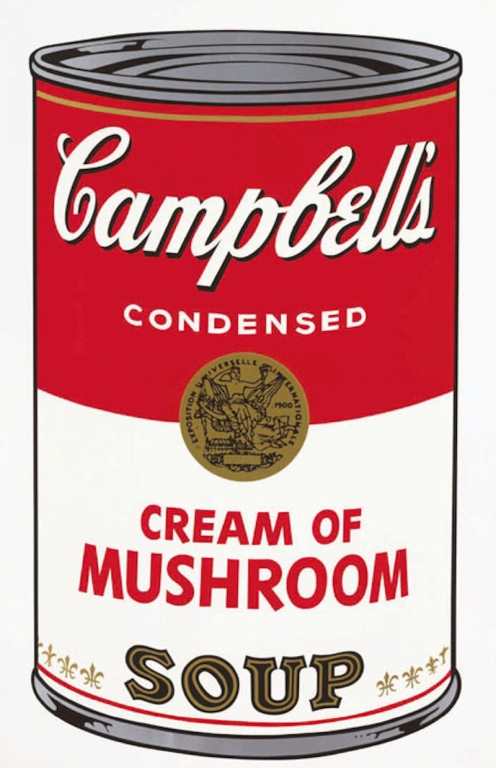 Andy Warhol created Cream of Mushroom 53 for his 1968 portfolio Campbell’s Soup I. The vibrant imagery and simple color choices of the print connect back to Warhol’s past as a commercial illustrator. Warhol first debuted his Campbell’s Soup cans in 1962 at an exhibition at Ferus Gallery in Los Angeles, and returned to the subject throughout his career. The mundane subject matter and mechanized screenprinting process was at first an affront the fine art world. In an increasingly commercialized culture, Warhol’s soup cans represented a bridge between art and consumerism. Warhol’s soup cans have since become famous images exemplary of pop art. Campbell’s Soup I: Cream of Mushroom is one Andy Warhol’s most iconic works and symbolizes the pop artist’s significant impact on American culture.