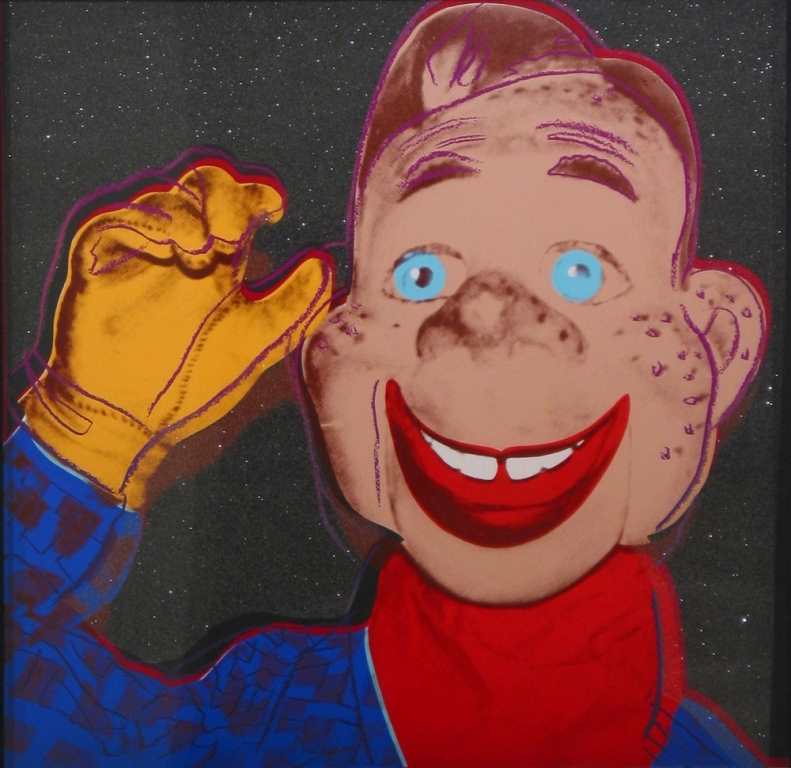 Andy Warhol created Howdy Doody in 1981 for his Myths portfolio. Myths consists of 10 images of recognizable characters from American popular culture. Most of the images are taken from television or old Hollywood movies, however this screenprint is based on a photograph of Howdy Doody taken by Warhol himself. Andy Warhol’s Howdy Doody features the character waving to the viewer, wearing vibrant colors and decorated with diamond dust. Other characters in the series include Dracula, Santa Claus, the Wicked Witch of the West, and Uncle Sam. Warhol chose each character to represent a different facet of his personality. Andy covered the print in diamond dust, a gift he received from a friend at The Factory and then incorporated into his art. Myths exemplifies the pop artist’s infallible sense for the powerful themes in American popular culture. Warhol’s Howdy Doody measures 38 x 38 inches, and comes framed to museum standards.