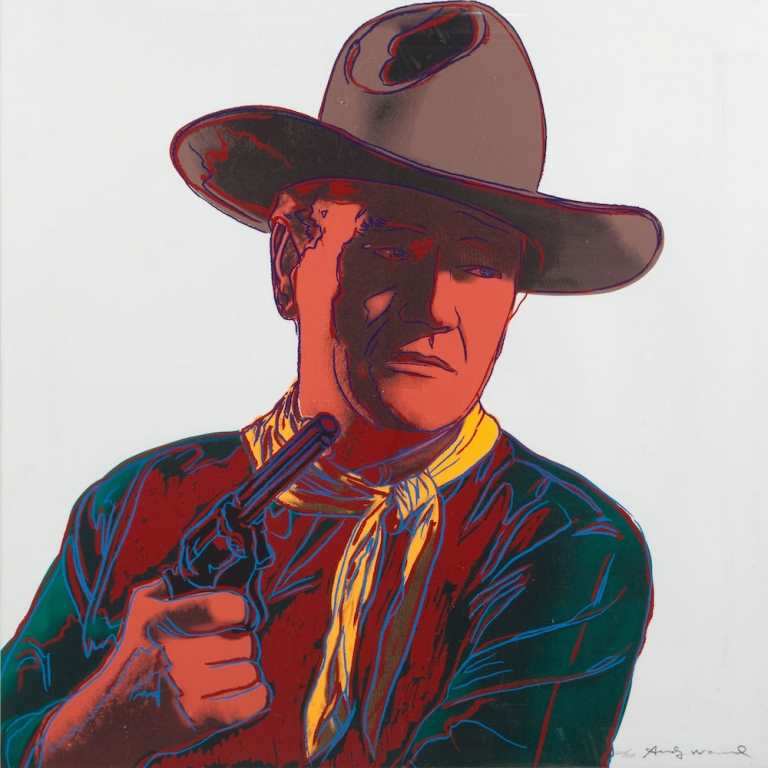 Andy Warhol created John Wayne 377 in 1986 for his Cowboys and Indians portfolio. John Wayne was an iconic fixture in films about the American west and represented the ideal leading macho man in Hollywood’s prime. Many considered him an All-American hero. Warhol was fascinated by celebrity myths and the ways in which stories are represented by the media. This allure lead Warhol to create his series Cowboys and Indians portfolio as a statement to the myth of the American West. He took recognizable images of western tokens, such as this image of John Wayne, interspersed them with images of Native American culture in his ironic commentary on the mythologizing of the historic West. Warhol’s depiction of John Wayne completely removes him from his true identity, Marion Mitchell Morrison, instead remembering him only as the heroic cowboy, gun in hand. Andy Warhol’s Cowboys and Indians and John Wayne represent the ahistorical interpretation of the American West that remains so popular