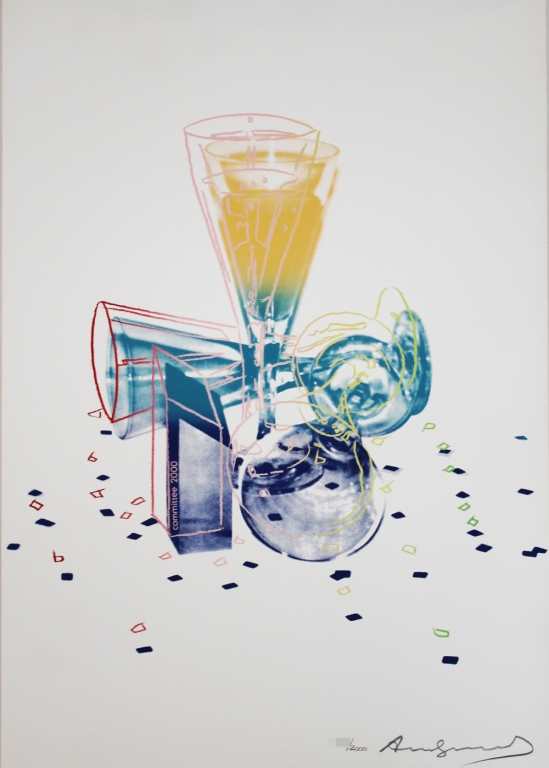 Andy Warhol created Committee 2000 289 in 1982 to raise money the future projects by the Committee 2000. Exemplary of Warhol’s take on the traditional still life painting, the pop artist used bright colors accented with a multicolor gradient to give the impression of movement. Andy depicted a scene of a party, with fallen champagne glasses and confetti. The brilliant blue, purple, yellow and pink create a scene of excitement and celebration, as if the scene of the artwork is still buzzing with activity. While traditional still life paintings aim to recreate a scene in the most realistic way possible, Warhol’s signature color blocking technique, highly saturated colors, and use of vibrant outlines add life to the still life, giving the impression that the party he depicted in Committee 2000 is happening and allows the viewer to partake in the celebration. Committee 2000 is one of many works that Andy Warhol was commissioned to create, and is representative of the pop artist’s influence on the commodification of high art.