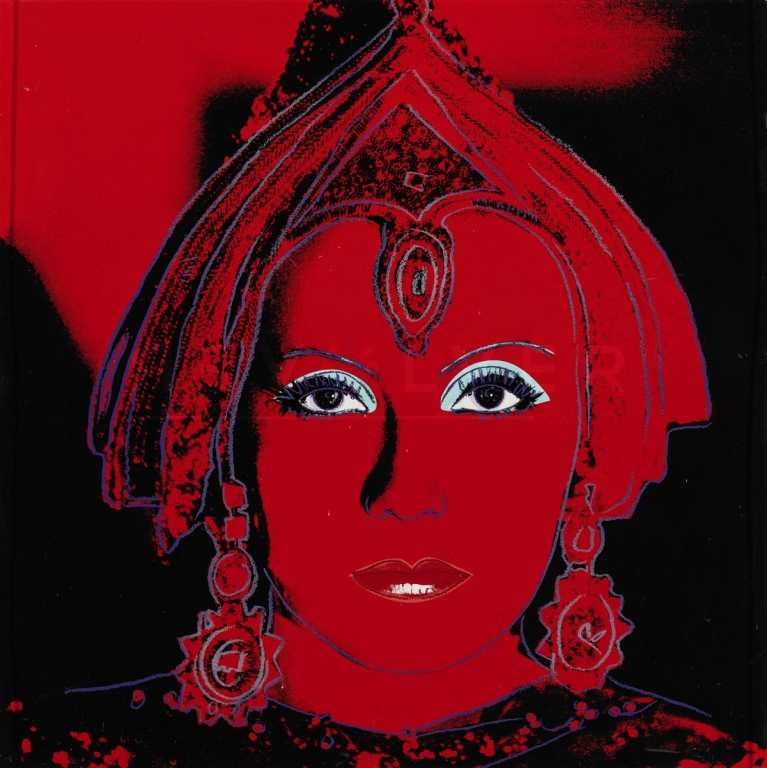 Andy Warhol created the Star 258 in 1981 for his Myths portfolio. Myths consists of 10 images of recognizable characters from American popular culture. Most of the images are taken from television or old Hollywood movies. The Star depicts Greta Garbo as Mata Hari wearing her bejeweled headdress and earrings. Warhol printed the image in a deep shade of red and black and used his classic gradient to emphasize the details of her bejeweled cap. True to his pop art style, Warhol draws attenation to Garbo’s eyes and mouth by adorning her with pale blue eyeshadow and lining her cherry red lips. In addition to the Star, other characters in Warhol’s myths series include Dracula, Santa Claus, the Wicked Witch of the West, and Uncle Sam. Andy Warhol chose each character to represent a different facet of his personality. Myths exemplifies the pop artist’s infallible sense for the powerful themes in contemporary American popular culture. Warhol’s the Star measures 38 x 38 inches, and comes framed to museum standards.