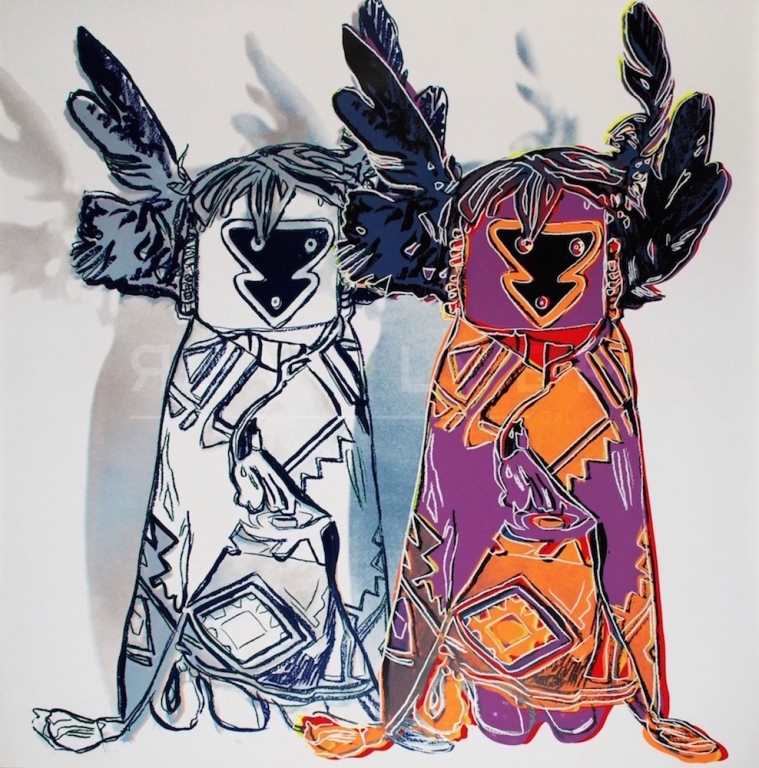 Andy Warhol created Kachina Dolls 381 in 1986 for his Cowboys and Indians portfolio. Warhol was fascinated by celebrity myths and the ways in which stories are represented by the media. This allure led Warhol to create his Cowboys and Indians portfolio as a commentary about the myth of the American West. He used recognizable images, like this one of Kachina Dolls, which are often associated with the popular representation of Native America culture. Kachina Dolls were commonly made by Native American tribes in the Southwest region of the United State. Warhol removed the image from its original context and interspersed it with images of romanticized American heroes as a commentary on the mythologizing of the American West. True to his pop art style, Warhol used vibrant shades of purple, orange, and red that are typically associated with western themes and accented the details with a multicolor gradient. Kachina Dolls is an example of Andy Warhol’s fascination with the way media and society interpret stories and misrepresent the history of Indians and the American west.