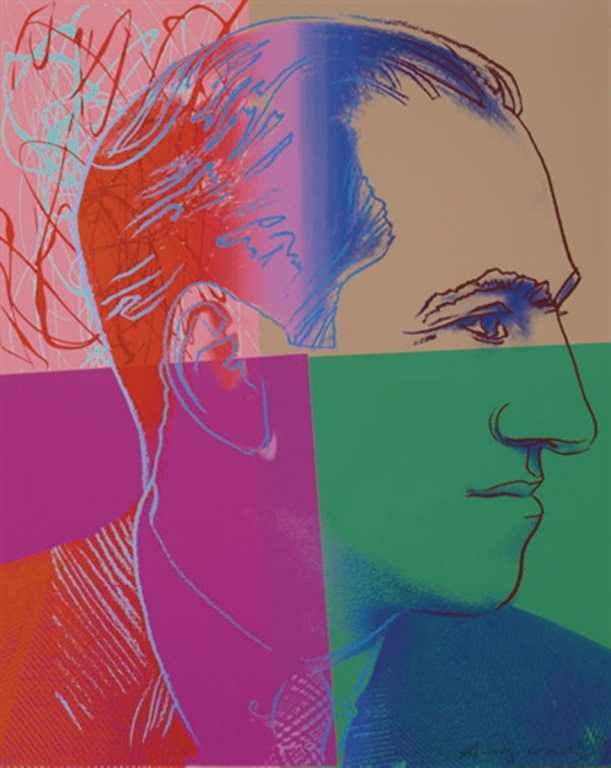 Andy Warhol created George Gershwin in 1980 for his portfolio Ten Portraits of Jews of the Twentieth Century. Gershwin was an American composer, known for his pieces such as “Rhapsody in Blue” and “An American in Paris.” His musical compositions well known and continue to be widely used in areas of popular culture. Warhol is well known for his celebrity portraits and fascination with celebrity, and this portrait is exemplary of that allure. True to his pop art style, Warhol used his signature color blocking technique, diving up the print into sections of orange, red, pink, and green with a blue gradient accenting the details. Andy Warhol’s Ten Portraits of Jews of the Twentieth Century includes this portrait of George Gershwin alongside other influential Jewish figures.