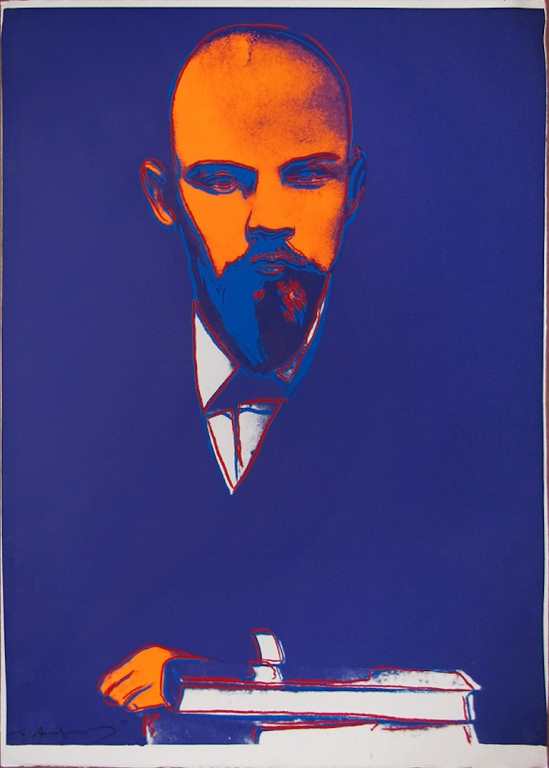 Andy Warhol created Lenin in 1987. This portrait of Russian political leader Vladimir Lenin diverges from many of the conventions defining Warhol’s work. In this unique trial proof, Andy printed the leader in a deep shade of blue with red outlines accenting the details. While Warhol is known for contrast and detail, this print diverges from the pop artist’s usual style. Instead, Warhol defined Lenin’s face and hand resting upon a stack of books, emphasizing the political leader’s power and intelligence. Andy Warhol signed Lenin shortly before going into the surgery that led to his passing.