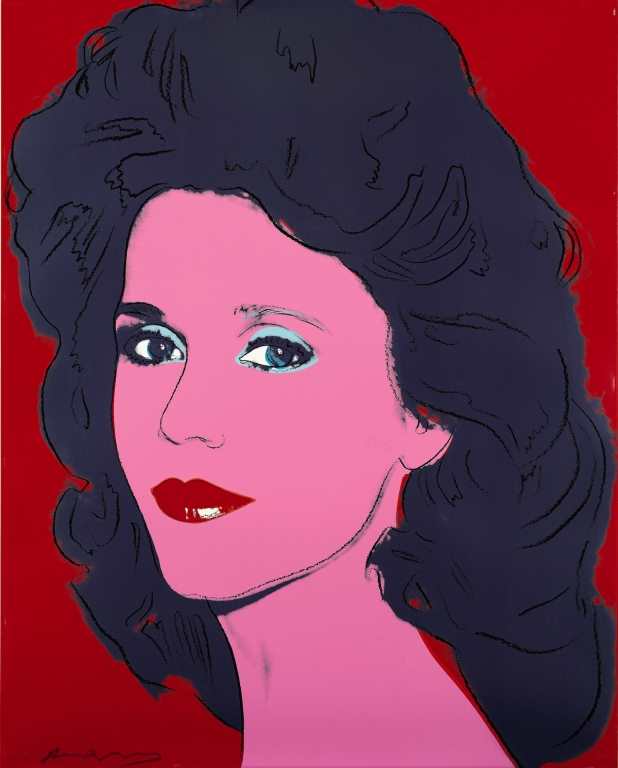 Andy Warhol created Jane Fonda in 1982 for a campaign fundraiser for her then-husband, Tom Hayden. Jane Fonda was the celebrity sex symbol of her time and remains part of American pop culture to this day. Fonda rose to fame as an actress in the 1960s. Later in her career, she began to devote much of her time to political activism. The image is reminiscent of Warhol’s earlier celebrity portraits of Liz Taylor and Marilyn Monroe. The deep red background frames Fonda’s pink face and voluminous hair, emphasizing her vibrant red lips. This version of Andy Warhol's Jane Fonda is a unique trial proof edition, and was previously owned by the Martin Lawrence Gallery.