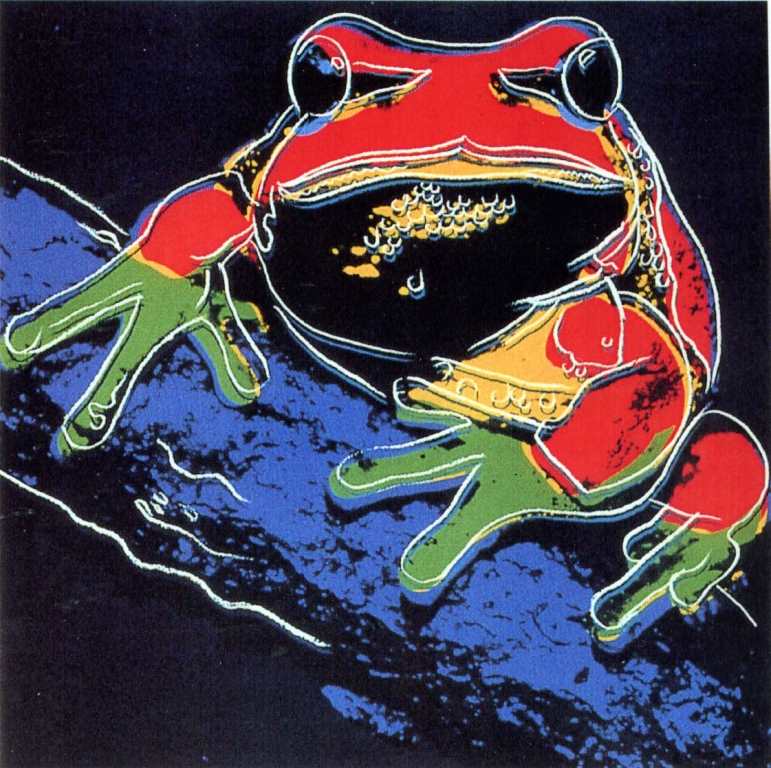 Andy Warhol created Pine Barrens Tree Frog 294 for his Endangered Species portfolio. The tree frog was listed as endangered from 1977-1983 and can only be found in three distinct areas in the Eastern United States. In 1983, Warhol was commissioned to create a portfolio of ten animals to raise awareness of endangered species by Ron and Freyda Feldman. Ron and Freyda were very active philanthropists. Also featured in this series are the San Francisco Silverspot, the Giant Panda, African Elephant and Grevy’s Zebra. In this print, Warhol created a larger than life image of the tiny tree frog that made this animal a pop art icon. The dark background is contrasted by the bright primary colors and clean white lines used to highlight the frog. This portfolio is widely sought after by collectors because of the use of bold colors by Andy Warhol, who fondly referred to this portfolio as his “animals in makeup.”