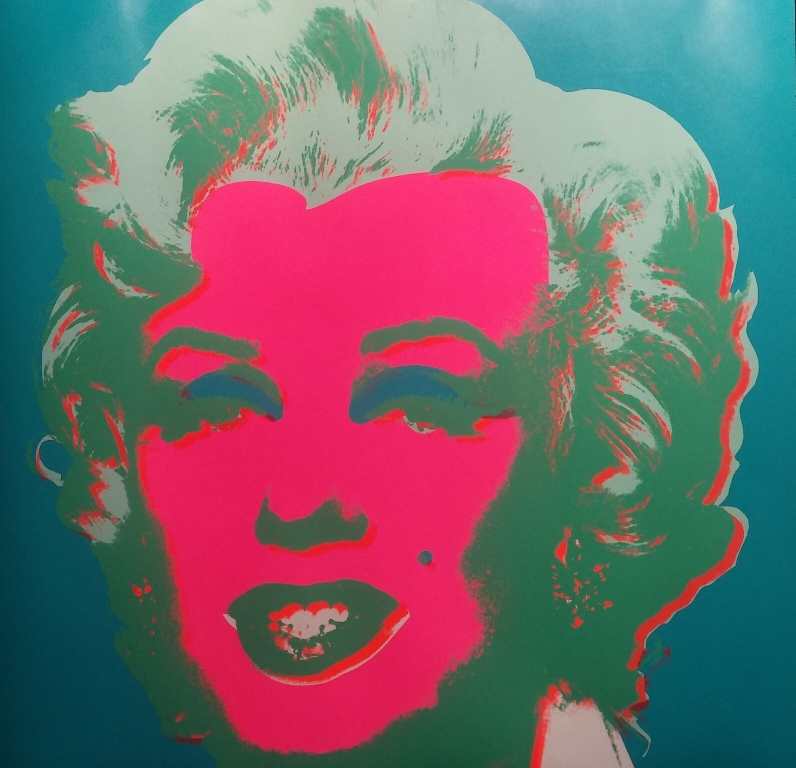 Andy Warhol’s Marilyn Monroe images are some of his most iconic works. The portfolio consists of a series of ten screenprints Warhol created based on a photo believed to have been taken by Gene Korman as a publicity shot for her 1953 film Niagara. Honoring her death in 1962, Warhol began producing his Marilyn portraits and created even more controversy from Marilyn’s untimely death. This series pushed the limits as to how much an artist can appropriate a ready-made image before it becomes a legal issue. In creating his massively successful and widely known Marilyn series, it has been said that Warhol created an icon out of an icon. Marilyn 30 features her image with hot pink skin and, sea foam green hair set against a background of turquoise. This work is favored among collectors for Warhol’s bold choice in colors.