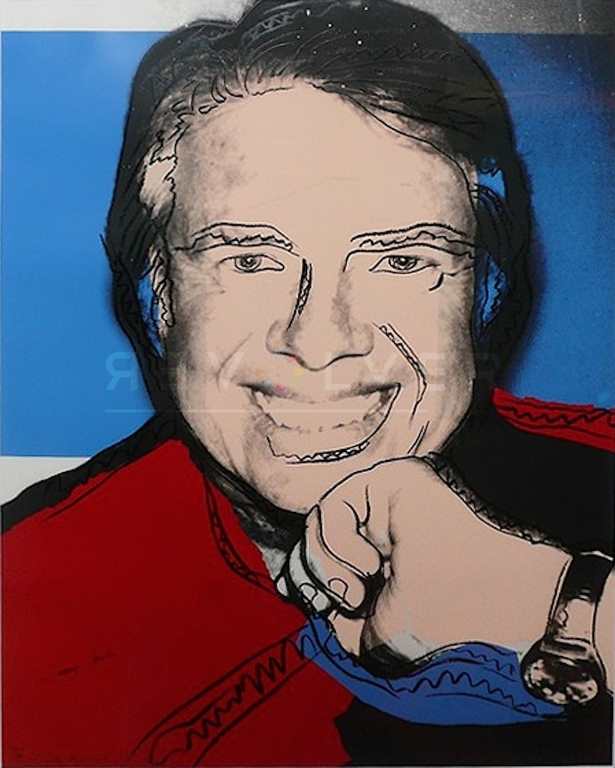 For Jimmy Carter II (FS II.151), Warhol was commissioned by the Democratic National Committee to design a portrait for Jimmy Carter's presidential campaign. The print shows Carter with a huge smile, likely used to appeal to voters, and a rich red and blue color with a peach tone for Carter's face and hand. By adding bright colors and graphic elements to Carter's portrait, such as outlining the eyes and part of the hair, Andy Warhol beautified the facial features allowing stardom to be brought to the political figure. By employing Warhol as the artist Jimmy Carter hoped to reach out to younger voters and eligible voters in New York, thus utilizing Warhol's pop-cultural and celebrity status to his advantage. Jimmy Carter 151 is from an edition of 100 and is representative of Andy Warhol's signature celebrity photos in the pop art style.