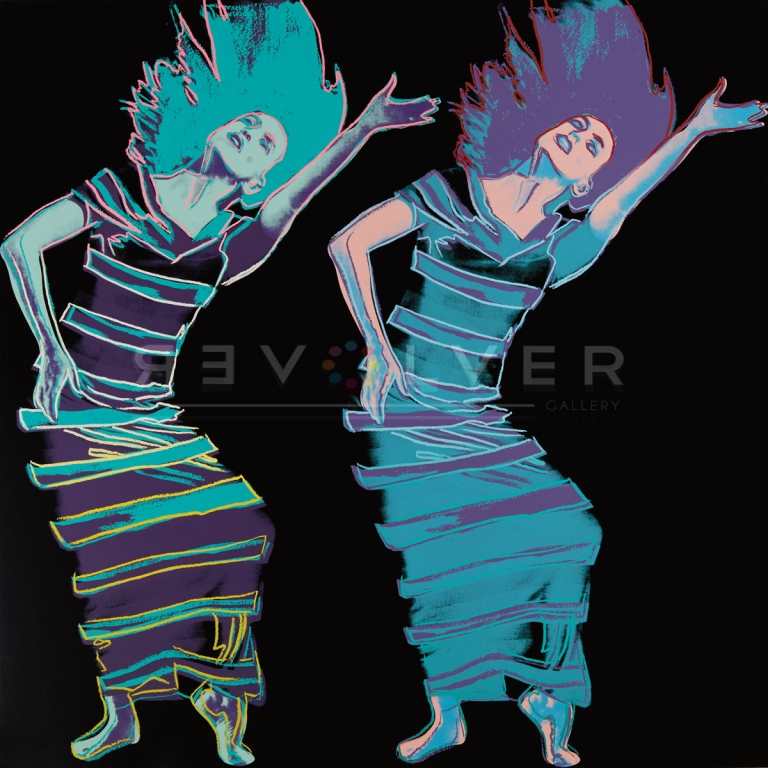 Andy Warhol created Satyric Festival Song 387 in 1986 for his portfolio Martha Graham in honor of the sixtieth anniversary of the Martha Graham Center of Contemporary Dance in New York. The portfolio of three screenprints is homage to dancer Martha Graham, known as mother of the modern dance movement. Based on photographs of Graham performing her famous Satyric Festival Song, Warhol and his signature pop art style bring enliven the emotion Graham portrays in the dance. Satyric Festival Song compliments Graham by showing a variation of her abilities not just as a dance, but as someone who communicates profound emotion through movement. Warhol used brightly colored outlines against a black background, giving the piece a sense of movement without distracting from the subject. This particular print of Satyric Festival Song has a special provenance, as it is from the edition previously owned by Martha Graham and is signed by Graham on verso.