The Witch 261 by Andy Warhol 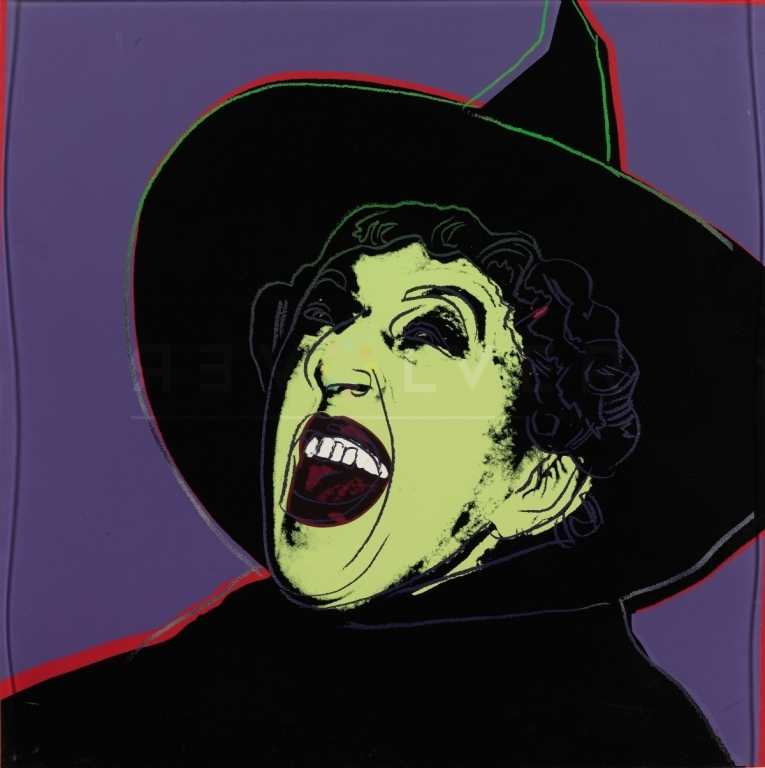 Andy Warhol created The Witch in 1981 for his Myths portfolio. It shows The Wicked Witch of the West cackling. Warhol printed the image on a plain purple background and highlights the Witch’s clothes and hat with colorful red and green outlines. The image is based on a photograph of Margaret Hamilton, the actress who portrayed the Wicked Witch in the 1939 film The Wizard of Oz. Warhol invited her to his studio to recreate her frightening pose and photograph it for this screenprint. The Witch is one of ten screenprints that make up Warhol’s Myths portfolio, a series that exemplifies Warhol’s unerring sense for the powerful motifs of his time. Other pieces included in the series are recognizable in American popular culture such as Mickey Mouse, Santa Claus, and Howdy Doody. While each of these characters has a strong, sometimes frightening persona, they are clearly separated from reality. Andy Warhol chose each character to represent a different facet of his personality, including the Witch.