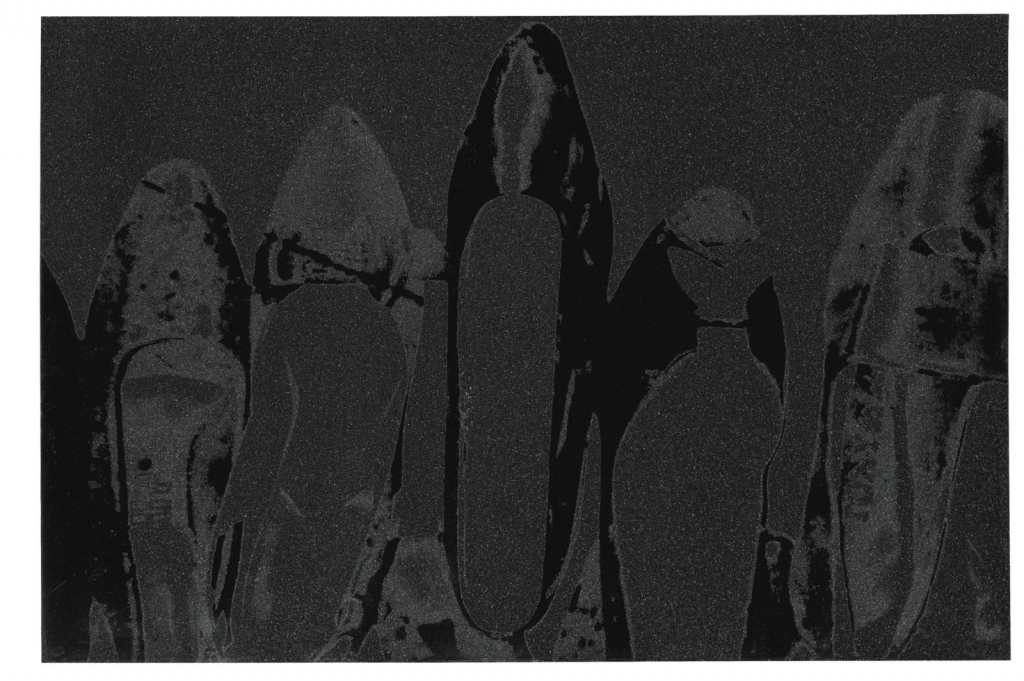 Title: Shoes (Deluxe Edition) (FS II.252)
Year: 1980
Medium: Screenprint with diamond dust on Arches Aquarelle (Cold Pressed) Paper
Size: 40 1/4 x 59 1/2
Edition: out of 10, 1 PP signed and numbered in pencil on verso. DE is marked after each number
Warhol returned to his roots as a commercial illustrator with his 1980’s, Shoes (Deluxe Edition). However, this series is created in popart fashion with elements of repetition and color. This print is created with Diamond Dust, the by-product created during the making of industrial grade diamonds, to give it an extra pop. Warhol was obsessed with glamour, style, and fashion and his Shoes series is a visual declaration of his love for shoes. The print displays different shoes in a group floating upon a dark background.

During the early 1980s, Andy Warhol was forming bonds with a number of younger artists in the New York art scene including Jean-Michel Basquiat, Julian Schnabel and David Salle. Warhol saw a re-emergence of critical and financial success during this period of his life. It was at this time that he was inspired to create a series which paid homage to his beginnings as a commercial illustrator. His Shoes series, which includes Shoes FS II.252 was created alongside prints featuring identical images of shoes, but the second series is accented by multi-colors.