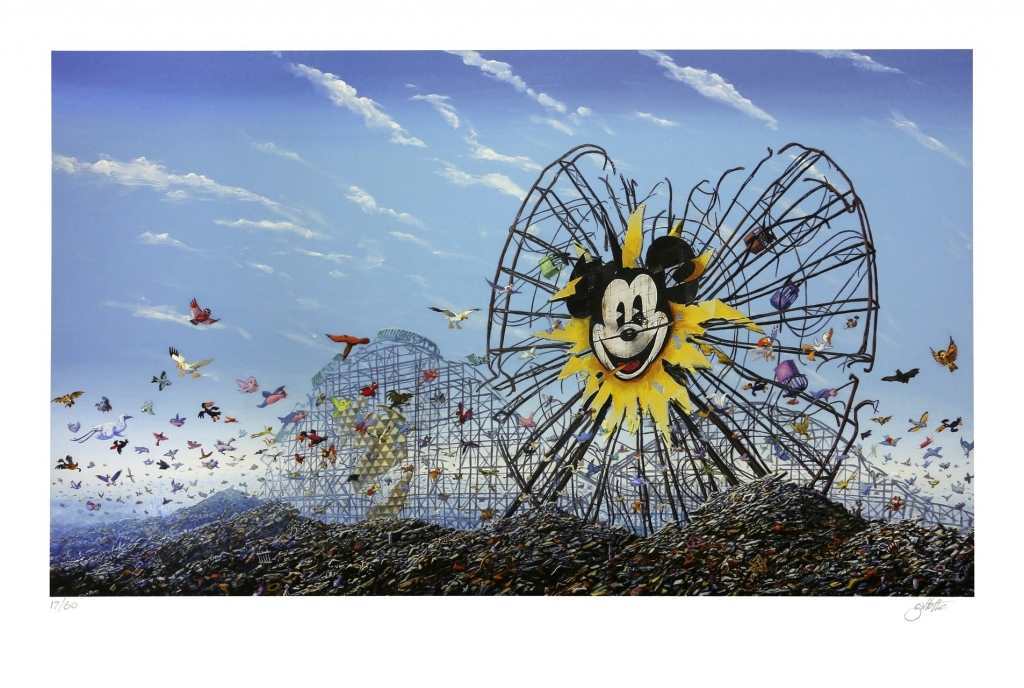 Arty-Fact: In 2010, Jeff Gillette created a series of paintings called Dismayland. This body of work is thought to have inspired Banksy’s major 2015 installation project Dismaland.

A commentator on the UK’s Channel 4 International remarked at the park’s opening that “Dismaland was in part inspired by the work of Jeff Gillette, who’s been subverting Disney for years.”

The artist, however, quickly responded saying that he and Banksy share similar sensibilities.