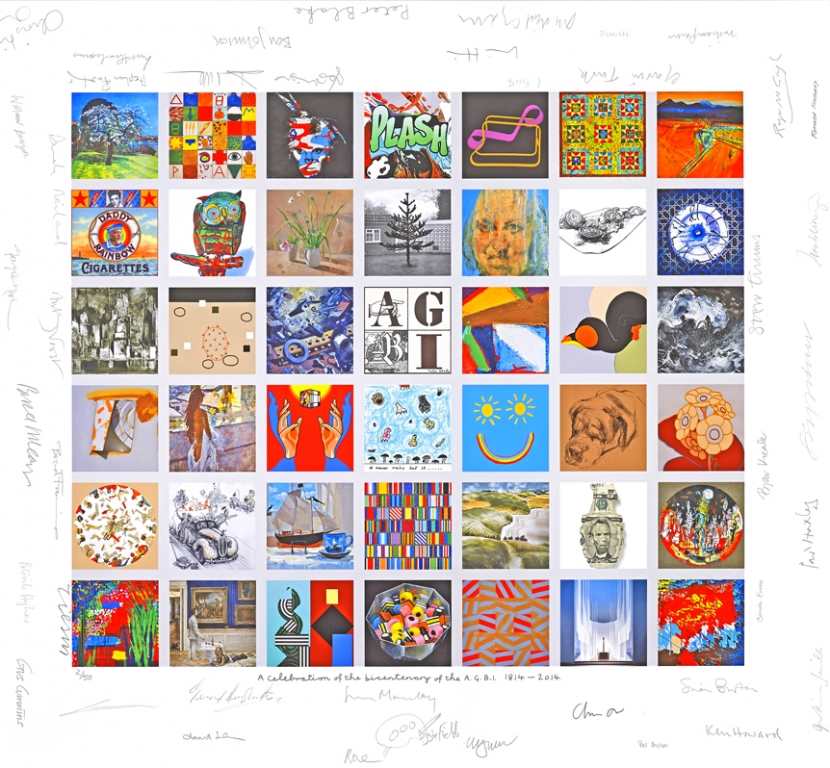 A Limited Edition Print showcasing the works of 42 artists.

With a real pop-art feel to the print as a whole, it is surprising to see the many different styles when you look closely at the individual works: you see something new each time.

Brad Faine, as a trustee of The Artists' General Benevolent Institution (A.G.B.I), produced the print to celebrate the bi-centenary of the organisation. 25 artists were invited to donate the right to use their images on a collage assembly print (rather like the Band Aid print of 1985) and to have each copy signed by all of them. The trustees were pleased to find that by the time they had had acceptance from the 25 artists initially invited, offers were received from a further 27 artists, increasing the total to 42.

This fabulous print was produced, and is sold, to support the Artists General Benevolence Institution (A.G.B.I.), whose role is to provide financial aid for professional artists who can no longer support themselves, due to age, illness or infirmity.

Each print is signed in pencil by all the 42 artists who have generously provided the images.

Details of the artists involved

Other listings from Turner Barnes Gallery

Save the World
Chloe Rox