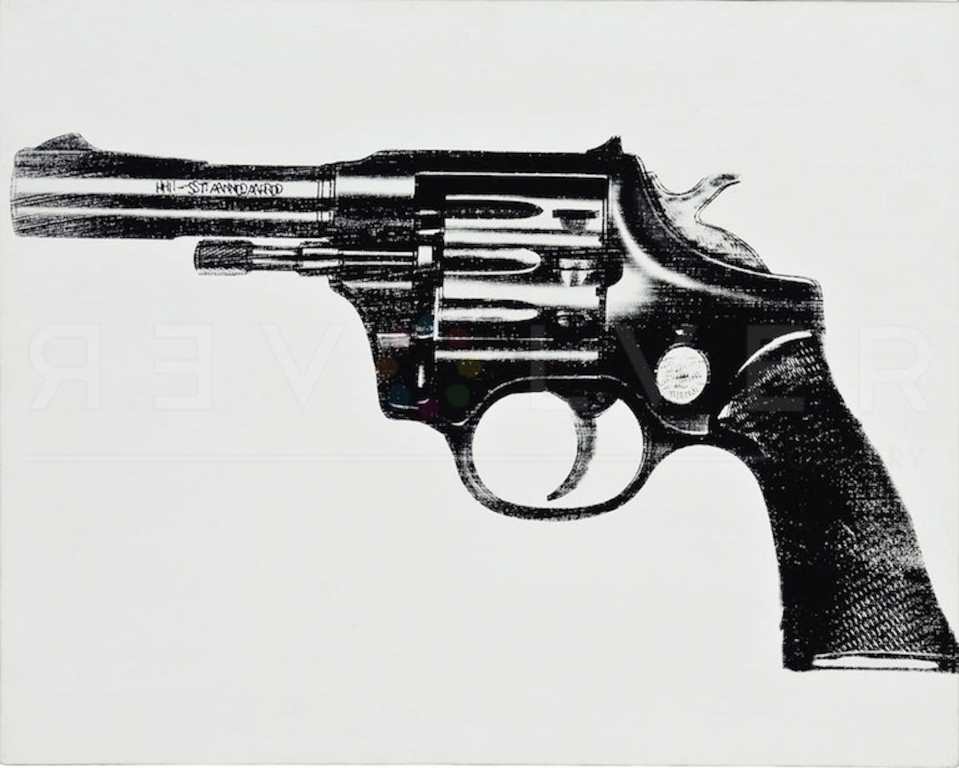 The Gun painting by Andy Warhol is unique work on canvas that portrays the artist’s commercialization of violence in society. Warhol was always fascinated with the idea of life and death, which can be seen in his Death and Disaster series as well as in his Guns and Knives paintings. His obsession with death became even more apparent after he was shot and severely wounded in 1968 by Factory outlier Valerie Solanas. The Warhol Gun paintings were created 13 years after Warhol was shot, and he never fully recovered from the shooting. The murder attempt left the artist shaken, both mentally and physically, as Warhol bore massive scars and underwent substantial surgery from complications for the rest of his life. This particular Gun painting depicts, “the same snub-nosed .32 that Valerie Solanas had shot him with.” – Victor Bockris (Ibid., 1989, p. 453)

Various gun models were used in Warhol’s Guns paintings. In fact, “In order to choose which guns he would use we made calls to friends who might know someone with a gun. A few scary people, with first names only, came by and let Andy take Polaroid’s of their weapons. I remember him photographing a saw-off shotgun.” – Vincent Fremont (Cast a Cold Eye: The Late Work of Andy Warhol, New York, 2006, p.157)

Back To Black - Gloss
Joe Webb