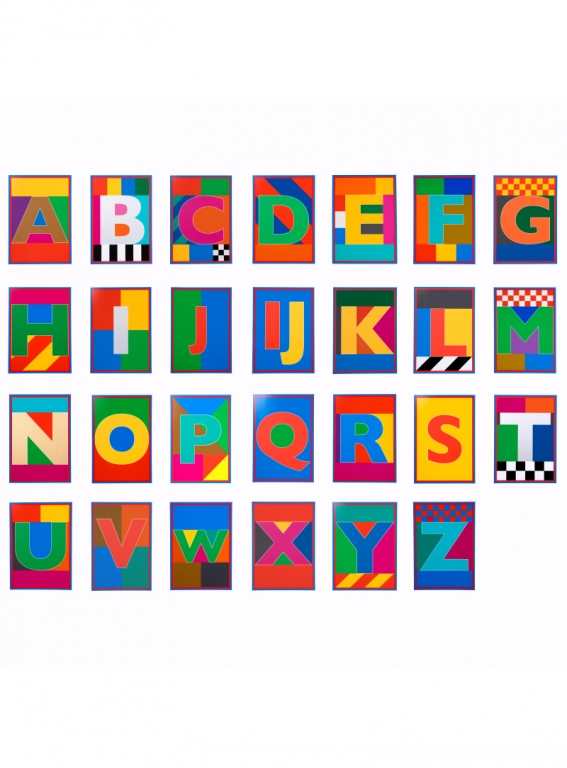 In this beautiful boxed portfolio set, all the prints will have matching numbers and are from an edition of 100.

All 26 letters of the alphabet are represented as well as a print that combines I and J.

Only 25 box sets are available as full alphabet portfolios.

'The Dazzle Alphabet Letter Set' references Sir Peter Blake's early work as well as his recent exploration of the'dazzle' effect.
The Dazzle designs are inspired by the razzle dazzle or dazzle painting used on ships in WWI and WW2. Unlike other forms of camouflage, dazzle camouflage works not by concealing but by baffling the eye, making it difficult to estimate a target’s range, speed and direction.
In 2015 Peter Blake was commissioned to 'dazzle' a Mersey Ferry, the result was 'Everyone Razzle Dazzle' and the print it inspired 'Dazzle'.

Other listings from Tap Galleries

The Dead Come Out In Their Sunday Best
Sir Peter Blake

See No Hear No Speak No - Screens x3
Gavin Mitchell