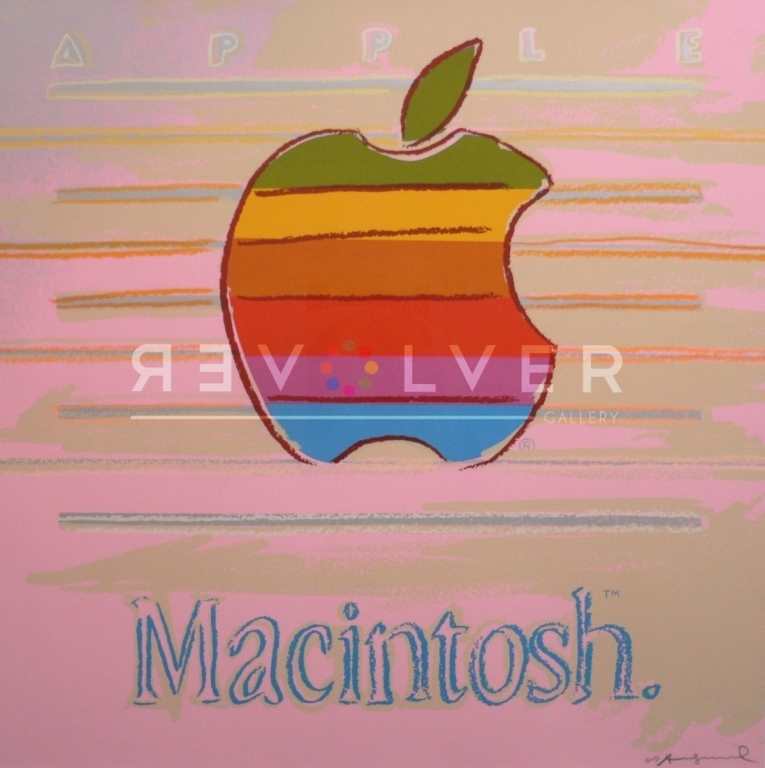 From his 1985 Ads series, Apple 359 is a screenprint created by Andy Warhol that has appropriated the logo for Macintosh Computers. The logo, which is now as ubiquitous as the fruit itself, maintains the original design and rainbow color scheme, but Warhol adds his trademark sketched lines and vibrant hues to give the original design an unmistakably Warholian influence. He was commissioned by Del Yocam, the first COO of Apple, as a part of the company’s advertising campaign. The same year this print was created, Warhol encountered Steve Jobs (the founder of Apple) and wrote in his diary about the meeting: “he gave me a lesson on drawing with it. It only comes in black and white now, but they’ll soon make it in color… I felt so old and out of it with this whiz guy right there who’d helped invent it.”