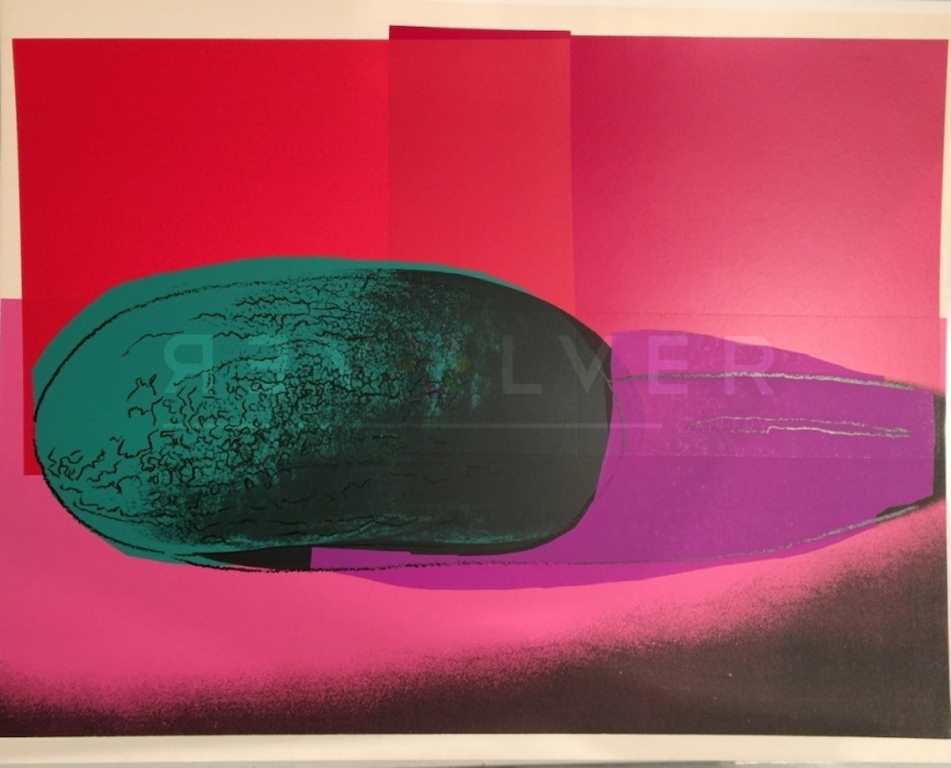 Andy Warhol’s Watermelon FS II.199 is part of his Space Fruit: Still Lifes series that he created in 1979. During this series, Warhol focuses on his use of shadow, giving the fruit more of a 3D perspective. Unlike some of his other Space Fruit works,  Watermelon is less recognizable as the fruit it is supposed to convey. With that being said, the turquoise Warhol paints on the fruit and the vibrant fuchsia and red he paints in the background creates relevance to the colors associated with the fruit.