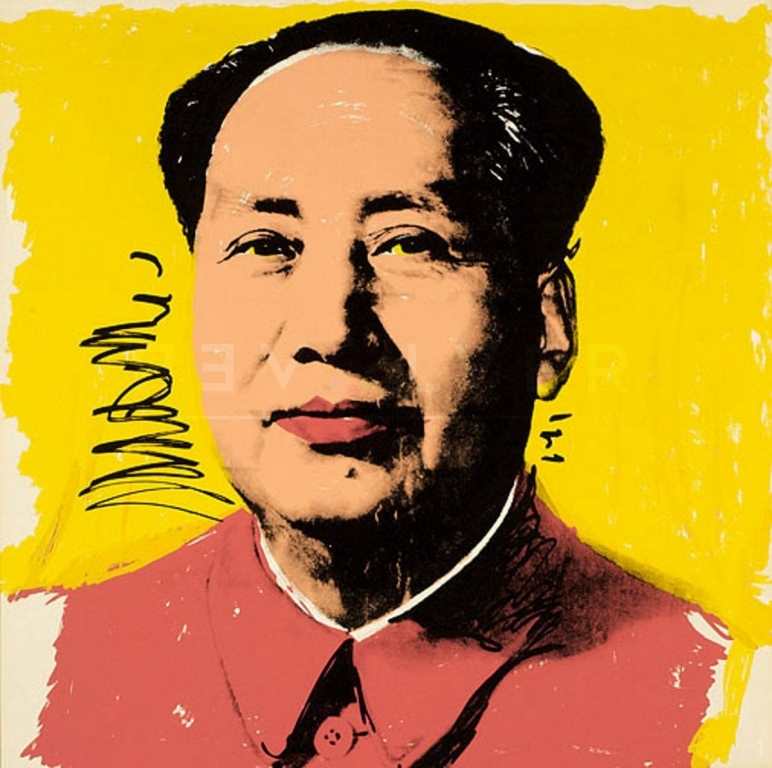 Title: Mao (FS II.97)
Medium: Screenprint on Beckett High White Paper.
Year: 1972
Size: 36″ x 36″
Edition: Edition of 250, signed in ball-point pen and numbered with a rubber stamp on verso.
Warhol presents Mao Zedong, the Former Chairman of the Communist Party of China, in a style reminiscent of his celebrity portraits. He fuses together the image of totalitarian propaganda and the colors found in his celebrity art to demonstrate the cult of personality surrounding the Chinese ruler. He uses bright colors and applies them in a makeup-like fashion as a form of personalization, a sharp contrast to Communist ideologies, which shunned individualism. This juxtaposition is taken further by the number of variations Warhol made of this image.