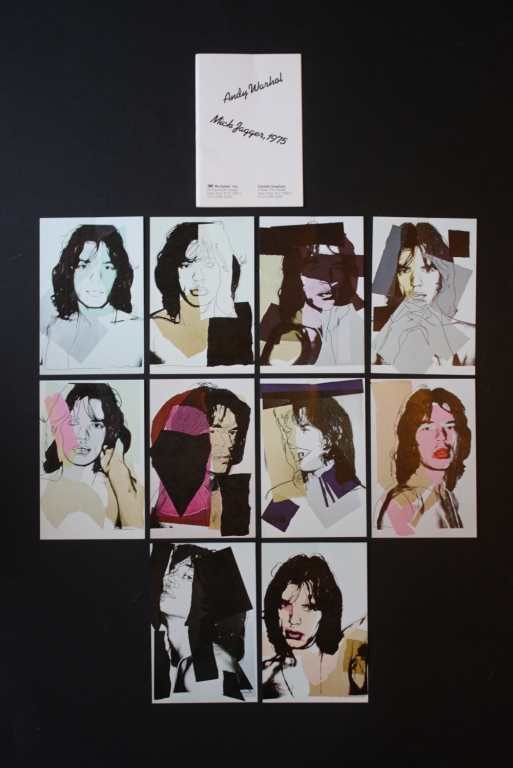 Andy Warhol (born Andrew Warhola) (American, 1928-1987) was a leading figure in the Pop art movement. He is particularly known for the breadth of his oeuvre, as it encompassed painting, hand drawing, printmaking, photography, silk screening, sculpture, film and music. Fascinated with celebrity culture and status, his silkscreens of pop icons and mundane objects, were particularly successful and cemented his place as a “celebrity” artist. His studio, The Factory, was a famous gathering place that brought together distinguished intellectuals, drag queens, playwrights, Hollywood celebrities, and wealthy patrons.

A collection of 10 postcard sized litho prints of Mick Jagger by Andy Warhol. These postcards were accompanied by invitations to the Warhol exhibition Mick Jagger, 1975, that was held at Castelli Graphics of New York City in 1975. Contained in a glassine envelope. The photographs on which the images are based were taken by Warhol himself.

High res photos of each is available on request.

Kick Against the Pricks
Mel Bochner