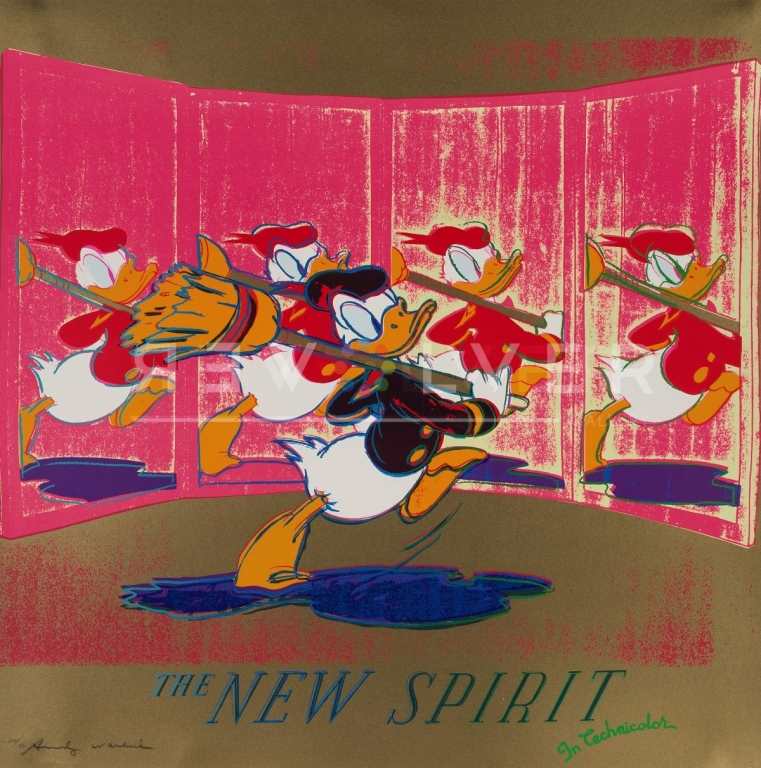 Title: The New Spirit (Donald Duck) (FS II.357)
Medium: Screenprint on Lenox Museum Board.
Year: 1985
Size: 38″ x 38″
Edition: Edition of 190, signed and numbered in pencil. Portfolio of 10.
This image of Donald Duck comes from a Disney short about wartime propaganda along with Disney humor. It encourages the public to pay their income taxes without complaining too much. The film was nominated for an Academy Award for Best Documentary feature in 1943 and Warhol created the print 42 years later. Like most of the images used in the Ads series, Warhol was commenting on the impact of mass media, and in this case the use of it for government gain, which was an entirely different type of marketing. In the image Donald Duck is featured in the middle, in front of a repeated Donald, giving the sense that he is on the move.