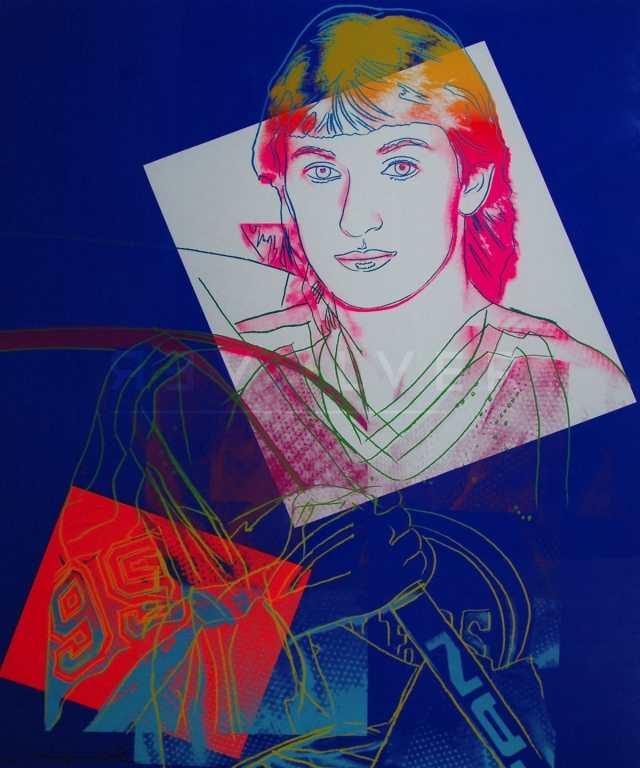 Title: Wayne Gretzky (FS II.306)
Medium: Screenprint on Lenox Museum Board
Year: 1984
Size: 40″ x 32″
Edition: Edition of 300, 50 AP, 6 PP which are trial proof variations, signed and numbered in pencil in lower left. Some prints were also signed by Wayne Gretzky.
Warhol created this print of “The Great One” in 1984 to help draw attention to the Canadian art market. Though Warhol was not a big hockey fan he said of Gretzky “He’s more than a hockey player, he’s an entertainer” (the artist in an interview with Matthew Flamm for CBC Radio News, January 1983). Wayne Gretzky was Canada’s biggest celebrity in the early eighties and is still considered by many the greatest player of the game.