Letter to the World (The Kick) (Unique) 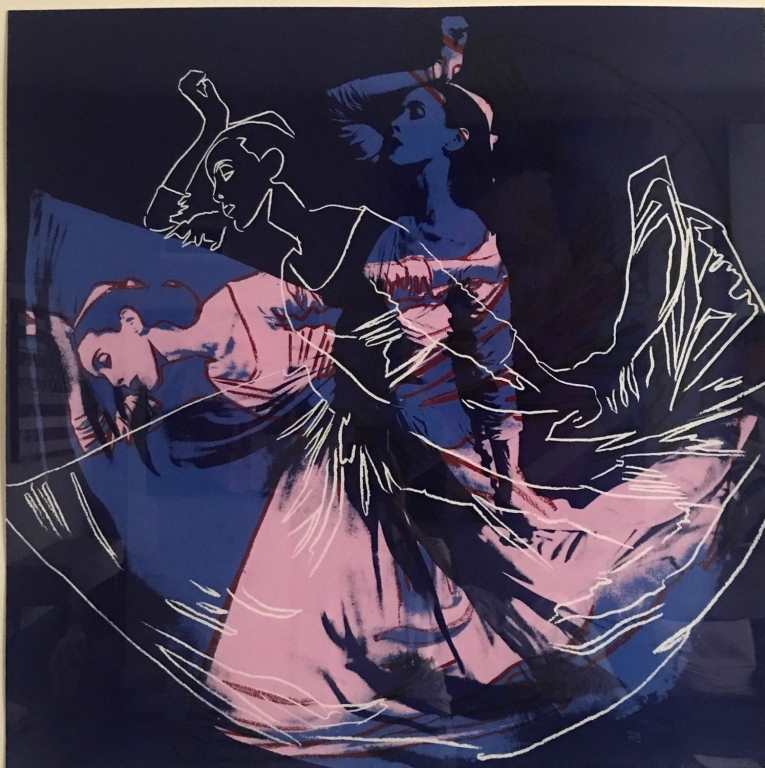 Title: Letter to the World (The Kick) (Unique)
Medium: Screenprint on Lenox Museum Board
Year: 1986
Size:  36″ x 36″
Details: Printed by Rupert Jasen Smith. Published by the Martha Graham Center of Contemporary Dance, Inc., New York. Portfolio of 3.
This print depicts Martha Graham, the mother of modern dance, performing a fluent kick which was a part of her dramatic dance titled “Letter to the World.” The photograph is taken in 1940 by American photographer Barbara Morgan and became the most widely published photograph of Martha Graham. Warhol employs pink hues to Graham’s dress endorsing her femininity. His hand-drawn lines accentuate the unanchored movement of her body and dress and capture the fluidity of movement through a two-dimensional medium.